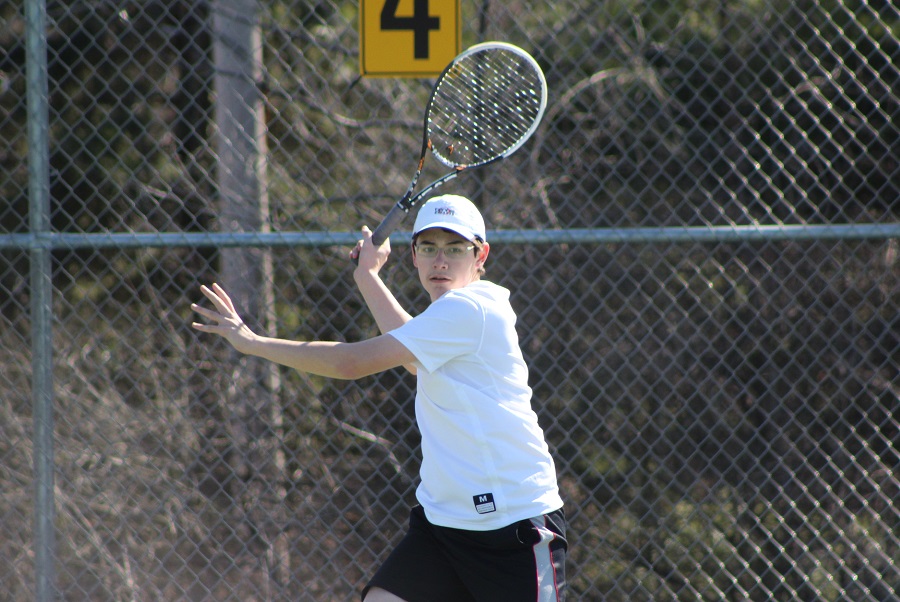 NA Falls in WPIAL Quarterfinals to Shady Side Academy

The Tigers continued play in the WPIAL AAA Boys Tennis tournament Monday afternoon and competed well but fell 5-0 to Shady Side Academy in the quarterfinal round at home on the NASH courts. Each match featured outstanding competition and great shot making, including two three-set matches, but the Tigers failed to find any winning combinations on the day.

With the loss, the Tigers’ season concludes with an 11-6 mark, a record that includes a 7-0 Section 2 log and championship. With all but one team member returning next season, the Tigers’ new found experience will serve them well in the 2018 season.  A special shout out goes to senior Anmol Anand who contributed much to the Tigers’ program over his four-year career.  He will attend the University of Michigan next year.  Additionally, sophomores Rohan Cowlagi and Soureesh Moturi offered fine play in spot duty at two doubles.  With team play completed, several Tigers will set their sights on Section 2 and WPIAL competition staring next week.  Richard Hofmann and Ivan Voinov will represent the Tigers at the Section 2 Singles Tournament starting May 1.  On May 8, Hofmann and Voinov along with the team of Mark Chuirazzi and Jerry Huang will begin competition at the Section 2 Doubles Tournament.  Details will be provided on the North Allegheny Sports Network.