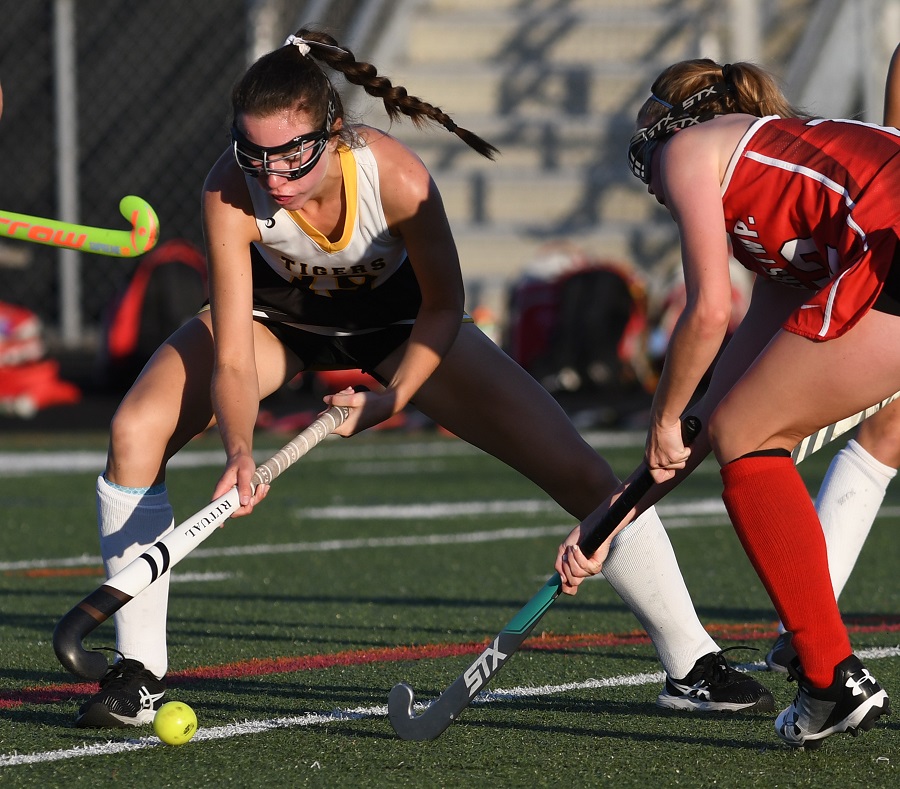 In a battle with the reigning WPIAL Class AAA champions, the North Allegheny field hockey team dropped a narrow 2-1 decision to the Peters Township Indians on Tuesday night at Newman Stadium.

The contest was tightly played defensively with neither team generating many scoring opportunities in the first 15 minutes of the game. However, the Indians were to break the ice thanks to a penalty corner with 13:30 to play in the half. All-WPIAL forward, and Saint Francis University commit, Veronica Schratz placed a shot on net and forward Gia Grau deflected in the rebound to give Peters Township a 1-0 lead.

The Tigers earned five penalty corners in the first half, including three consecutive corners late in the half, but were unable to cash in. NA led in corners, 7-1, on the night. Peters Township outshot NA, 12-8.

Peters Township added on to its lead with 25:25 on the second half clock when Schratz scored to improve the Indians advantage to 2-0.

North Allegheny picked up the intensity on offense following the Schratz goal. The persistent pressure paid off as Marisa Hess tallied her fourth goal of the season with 19:07 remaining, trimming the Peters Township lead to 2-1. The uptick in offense was sparked by freshman Sofia Mianzo, who displayed good speed and stick work that helped set up the goal by Hess. For her efforts, Mianzo was named the Wright Automotive Player of the Game.

The Tigers continued to threaten the Indians in the remaining minutes but could not find the equalizer, ultimately falling to Peters Township, 2-1.

With the outcome, North Allegheny drops to 1-5-1 overall and 1-1 in WPIAL Division I. Peters Township improves to 4-0 overall and 2-0 in the division. The Tigers will visit Penn-Trafford on Thursday night at 7:30 p.m.