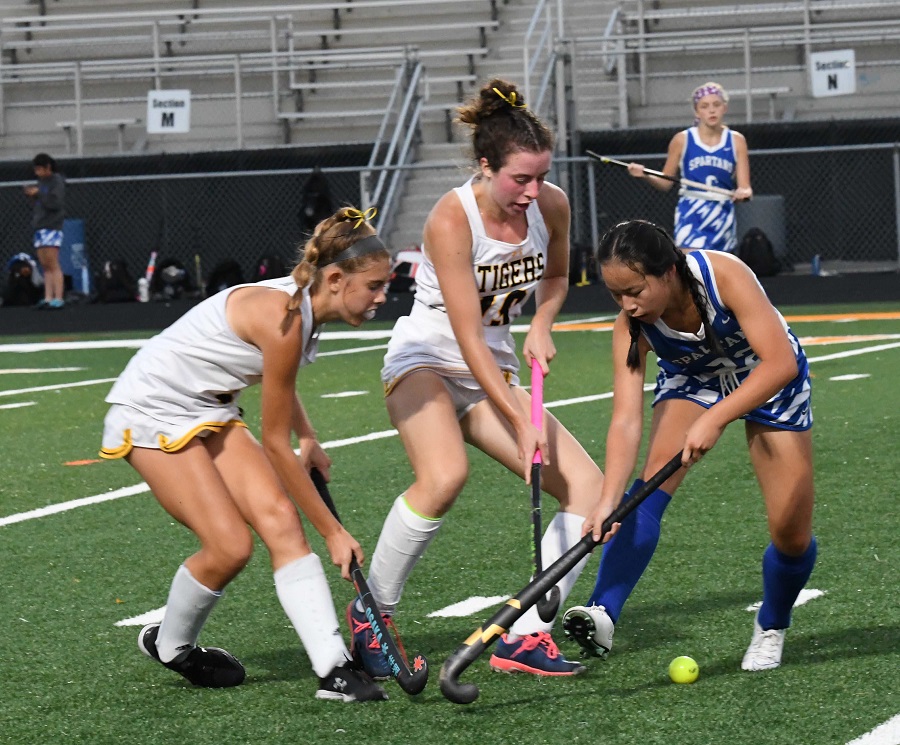 The WPIAL released its playoff pairings for field hockey on Friday afternoon and North Allegheny earned the No. 2 seed in the Class AAA bracket. The Tigers will take on third-seeded Hempfield in the WPIAL semifinals on Tuesday night at 6:00 p.m. at Pine-Richland High School. In the regular season, North Allegheny swept Hempfield with a 4-0 win at home on Sept. 23 and a hard-fought 3-2 victory on the road on Oct. 11. For a look at the entire Class AAA bracket, click here.

Since field hockey became an officially sanctioned sport by the WPIAL in 1994, North Allegheny is the only school to qualify for the playoffs every season.

Tuesday’s WPIAL semifinal game will be broadcast by the North Allegheny Sports Network.