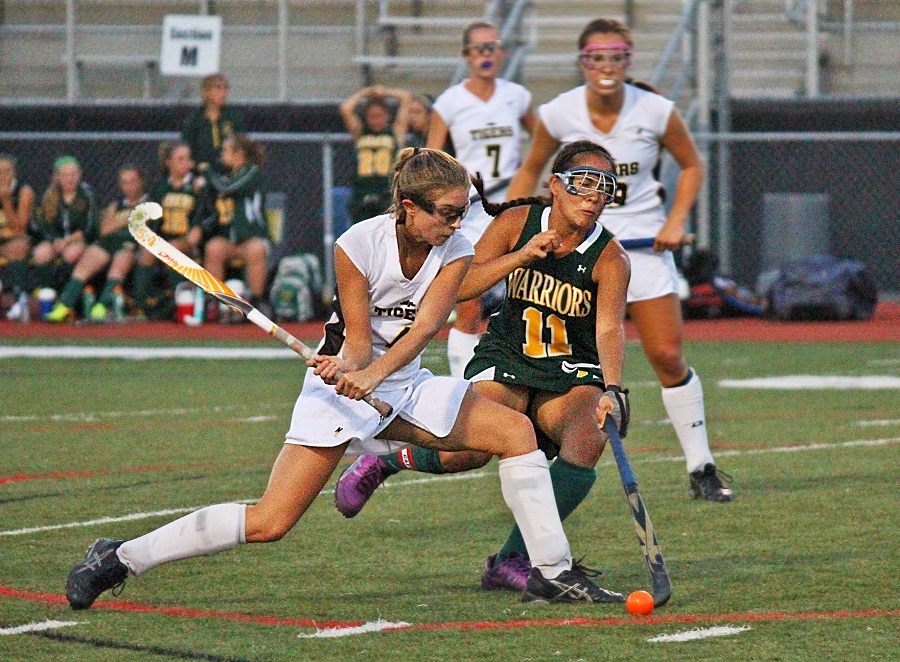 After two dominating performances to start the season the Tigers came up with a third by defeating Penn-Trafford, 5-0, Monday night.  The Tigers outshot Penn Trafford, 19-3, and were awarded 12 penalty corners to just three for the Warriors.

The Tigers started off the scoring when Nicole Burns put one in just inside the left post for a 1-0 lead.  Alyssa Leonard made it 2-0 by knocking in a rebound at the 13:08 mark of the first half.  Isley Smith made a nice save a couple minutes later keeping the Warriors off the board.  It was one of the few chances Penn Trafford had on the night.

In the second half, NA wasted little time increasing its lead as Hannah Dowling made it 3-0 just three minutes in.  NA made it 4-0 when Leonard tapped in a rebound off an assist from Jessica Brandon.  Erin Coran would close out the scoring five minutes later.

Alyssa Leonard was named the Wright Automotive Player of the game for her two goal performance.  The Tigers improve to 3-0 overall and 2-0 in Section 1-AAA, and will travel to Hempfield on Wednesday night to take on the Spartans.