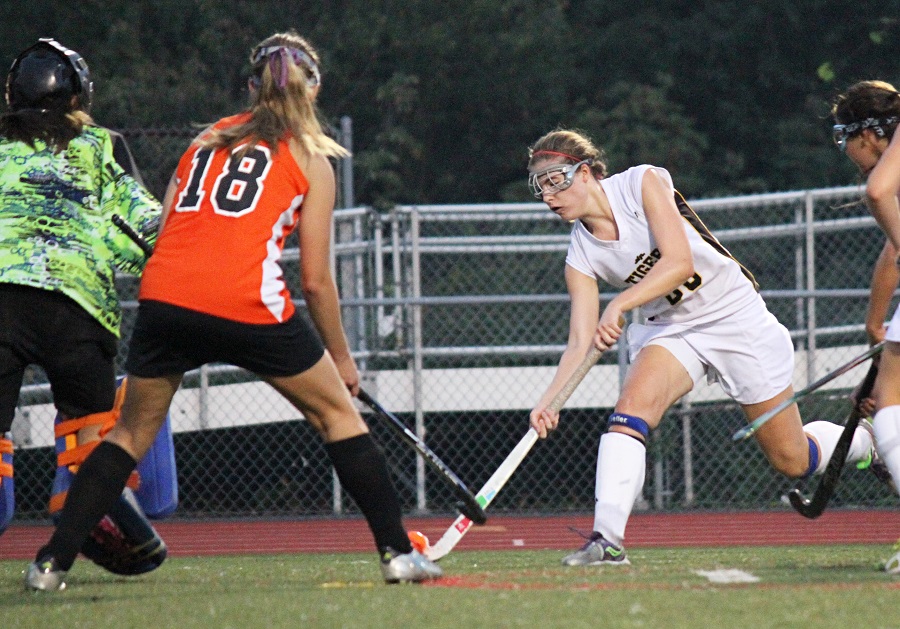 Juniors Jessica Brandon, Alyssa Leonard and Hannah Downing scored two goals apiece as the Lady Tigers romped over the Latrobe Wildcats on Tuesday night, 8-1, for a Section 1-AAA win at Newman Stadium. Brandon scored her goals within the first two minutes of the contest to give NA a lightning quick 2-0 lead. Downing’s two goals buried the Wildcats in the second half to cap the scoring and solidify the Tigers’ win in their section opener. For her efforts, Downing was named the Wright Automotive Player of the Game.

Sandwiched in-between the goals netted by Brandon and Downing were a pair of markers by Leonard, and single goals by Agathe Jaillard and Bre Monin. The Lady Tigers led the game from wire to wire and goalie Morgan Mendenhall was barely tested until the Wildcats finally mounted an offensive threat in the second half. The lone Latrobe tally came midway through the second half by Lyndsay Smetanko.

North Allegheny ups its record to 3-0 overall and 1-0 in section play. Latrobe drops to 0-1 overall and within the section. The Lady Tigers return to action tonight with a big contest on the road at Penn-Trafford.  Start time is slated for 8:00 pm.

To listen to Randy Gore’s pre-game interview with Lady Tigers head coach Maddy Berkley prior to the game against Latrobe, click here!