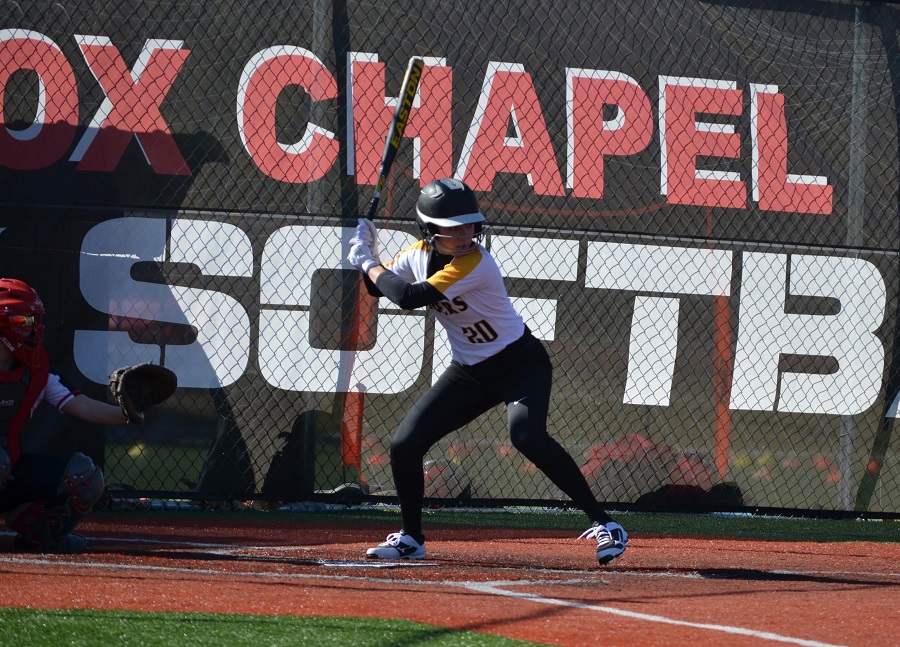 It was a successful debut for first-year head coach Morgan Vescovi as the North Allegheny softball team claimed a 19-4 mercy-rule win in Section 2-6A action at Fox Chapel on Tuesday afternoon. The Tigers belted out 17 hits in just four innings to invoke the 15-run rule. Senior Kristen Chomos smacked two home runs and drove in four to earn Wright Automotive Player of the Game honors.

The Tigers flexed their muscles early in the game and scored five runs in the top of the first inning, highlighted by Chomos’ first two-run homer of the day.

Fox Chapel got two runs back in the bottom of the first inning to trim the NA lead to 5-2 thanks to a home run by Neena Pietropaolo and an RBI single by Brynn Palmer.

Chomos notched her second two-run dinger of the afternoon in the top of the second inning to give NA its five-run lead again at 7-2.

Despite a Fox Chapel run in the bottom of the second, which cut the score to 7-3, North Allegheny blew the game open with a two-run third inning and a 10-run top of the fourth.

Joining in the NA hit parade were Rachel Martindale, Brooke Serbin and Ashley Adams, who all posted three-hit performances. Martindale scored three times and reached on a walk, Serbin drove in three runs and was a home run shy of the cycle, and Adams drove in a pair. Two-hit days were provided by Chomos, Regan Brodine and Kendall Trunzo. In her first varsity start, Trunzo scored three runs and added an RBI out of the No. 9 spot in the batting order.

Sophomore Chloe Szczepaniak and Bella Janowiak each notched a hit, with Janowiak contributing a two-run double during the 10-run fourth.

The benefactor of all this run support was Adams who tossed a complete game to earn the win. On a cold and windy afternoon, Adams yielded four runs on seven hits, while striking out five batters and walking five.

With the win, North Allegheny begins the season and the Section 2-6A schedule with a 1-0 mark. The Foxes slip to 0-1. The Tigers will visit the four-time reigning WPIAL champion Hempfield Spartans on Thursday in an early-season test in section play. The contest will be broadcast live via the internet on the North Allegheny Sports Network.