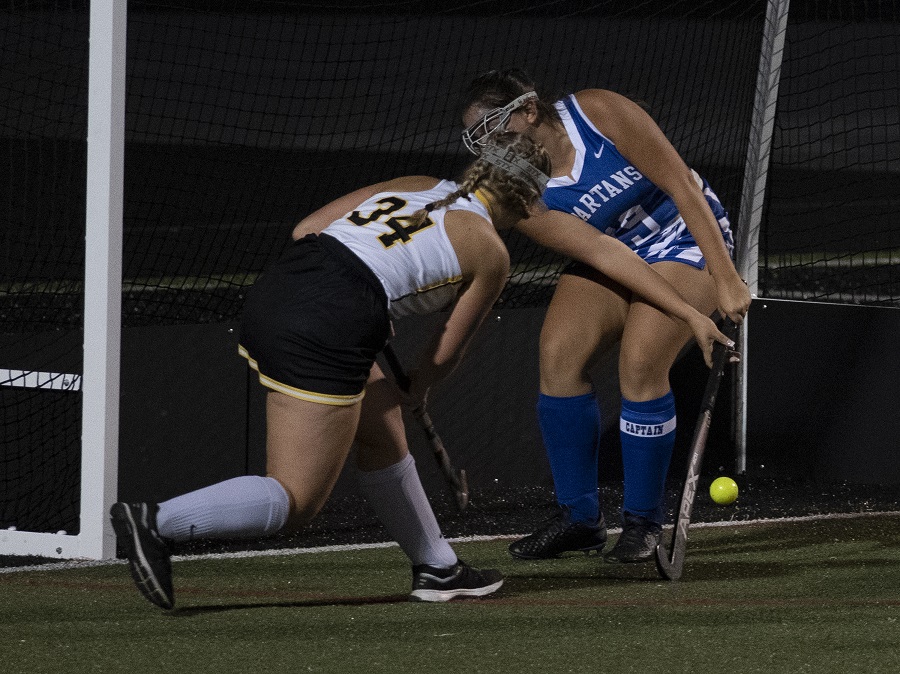 The North Allegheny field hockey team won its fourth straight game, and fifth in its last six tries, with a 5-2 triumph over the Hempfield Spartans on Wednesday night at Newman Stadium. Senior Hailey Wachowiak and junior Katrina Evancho sparked the offense as the Tigers jumped out to a 4-0 lead en route to the win. The victory clinched a playoff berth for North Allegheny.

Storming out of the gates from the outset, North Allegheny leaped to a 1-0 lead just 45 seconds into the game on a goal from senior Kate Adams. The Tigers stayed on the attack and improved the lead to 2-0 with 17:06 to go in the first half thanks to Wachowiak’s first goal of the night, assisted by freshman Sofia Mianzo. Evancho netted her first goal of the evening with 13:19 to play in the half for a 3-0 advantage.

Early in the second half, Wachowiak struck again to balloon the NA lead to 4-0 with 27:12 on the clock. Hempfield broke the shutout with 4:37 to play on a goal by Amanda Forsyth, trimming the Tigers lead to 4-1. North Allegheny tacked on another goal courtesy of Evancho for a 5-1 lead with 1:41 remaining. Hempfield’s Rachel Lundie tallied the final marker with 1:01 in the second half to bring the score to its eventual final, 5-2, Tigers.

Wednesday’s game was also Senior Night at Newman Stadium as all five seniors were recognized before the game, including Wachowiak, Adams, Izzy Ingram, Maya DeNoma and Ally Barcaskey.

With the win, North Allegheny improves to 7-8-1 overall and 6-1 in WPIAL Division I. Hempfield slides to 0-6-1 in the division. The Tigers visit Mt. Lebanon on Monday at 3:30 p.m. in an important division matchup.