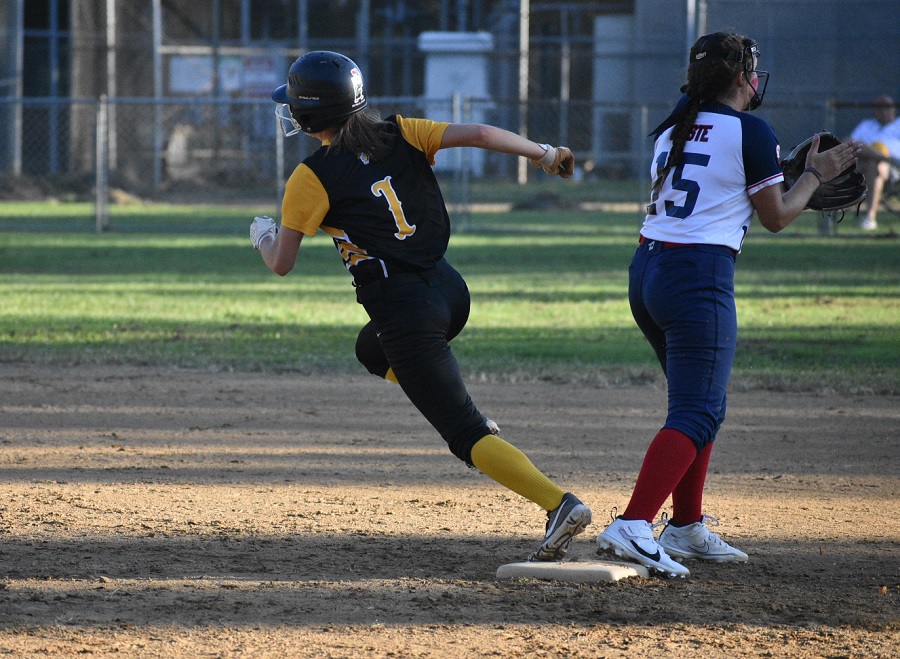 The North Allegheny slow-pitch softball team played its rain delayed season opener with a double header versus the Shaler Titans on Thursday at Millvale Field.

Highlights from game one included junior Reilly Spitz with the evening’s only home run. Spitz also had one of two double plays on defense in game one. A second double play happened when sophomore Mady Daugherty caught a line drive in right field and threw to junior Keala Glaser for the out at first.

Game two was all about the “D” for NA. Senior Nina Pietrzak pitched a gem, allowing minimal base runners and threw a pair of strikeouts. Spitz had a spectacular over the shoulder catch. Solid outfield play was demonstrated by sophomore Riley Krieger and senior captains Tye Ross and Helen Katyal, along with a huge infield play by senior Riley Yates.

The Tigers’ record is now 1-1 overall following the season opening DH. Their next games are this Sunday at 2 and 4 p.m. at home versus Bethel Park. The games will be broadcast live on NA Sports Network.