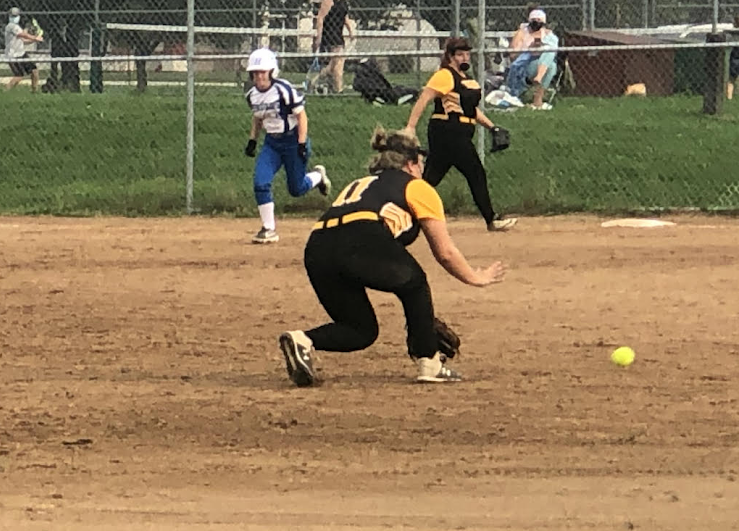 The North Allegheny slow-pitch softball team opened the 2020 season on Sunday afternoon with a doubleheader sweep of the Hempfield Spartans. The Tigers displayed their firepower on offense with victories of 45-1 and 20-1 over the Spartans.

In game one, the Tigers used a 17-run first inning and a 21-run third inning to gain a stranglehold of the game. Leadoff hitter Nikki Crean was a catalyst from the leadoff spot with a 5-for-6 day with five runs and five RBI. For her efforts, Crean was named the Wright Automotive Player of the Game by the North Allegheny Sports Network.

Along with Crean, there were numerous outstanding hitting performances. Among them, senior Claire Medic posted a five-hit day with four RBI and three runs scored. Junior Evelyn Wiethorn went 5-for-6 with five runs and two RBI. Four-hit afternoons were delivered by Megan Quinlan, Katie Marangoni, Sydney Besket and Emily Yanchak.

It was more of the same from the Tigers in game two of the twin bill as NA opened up an 8-0 lead with a big first inning. A 10-run third inning gave NA an 18-0 lead and put the game on ice. Highlighting the North Allegheny win was a sterling effort from Lizzie Wetmore. Offensively, Wetmore reached base four times, scored two runs and added two RBI. The NA shortstop also made numerous defensive gems on her way to Wright Automotive Player of the Game honors.

Yanchak was the winning pitcher in both contests. She permitted only two runs in the two games combined and struck out a pair in game two.

With the sweep, North Allegheny improves to 2-0 on the season. The Tigers will take on Ellwood City on Wednesday night at 6:00 and 8:00 p.m. from Blueberry Hill Park. The games will be broadcast live by the North Allegheny Sports Network.