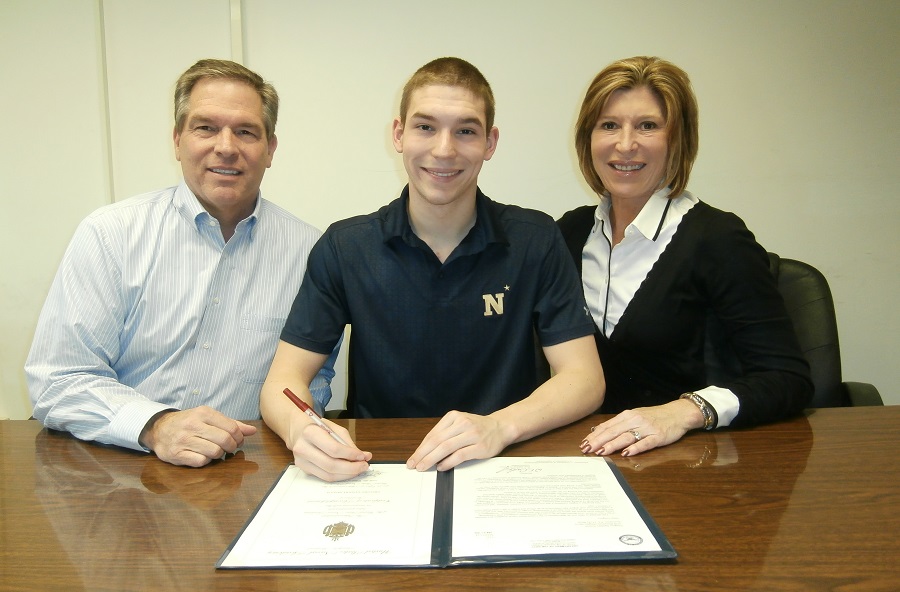 North Allegheny senior swimmer Greg Arnold has committed to the United States Naval Academy where he will swim for the USNA and pursue an engineering degree.

Arnold completed his fourth year as a member of the NA Tiger Swim Team and Co-Captain of the Boy’s 2014-2015 swim team.  His high school accomplishments include a 52-0 record, four WPIAL Championships (over 4 years), WPIAL First place finishes in the 200 yard Medley Relay in 2012 and 2013, and placed in four WPIAL events all four years.

Arnold has been part of the PIAA States Team all four years at North Allegheny. In his last two years Arnold placed in all four PIAA events in addition to receiving an All-American Award.  Arnold is a Scholar Athlete, member of the NA Strolling Strings and volunteer for Cystic Fibrosis, Ronald McDonald House and a community swim instructor.

Congratulations and best of luck to Greg Arnold at the U.S. Naval Academy.

(In photo: Greg Arnold with his parents John and Kris Arnold.)