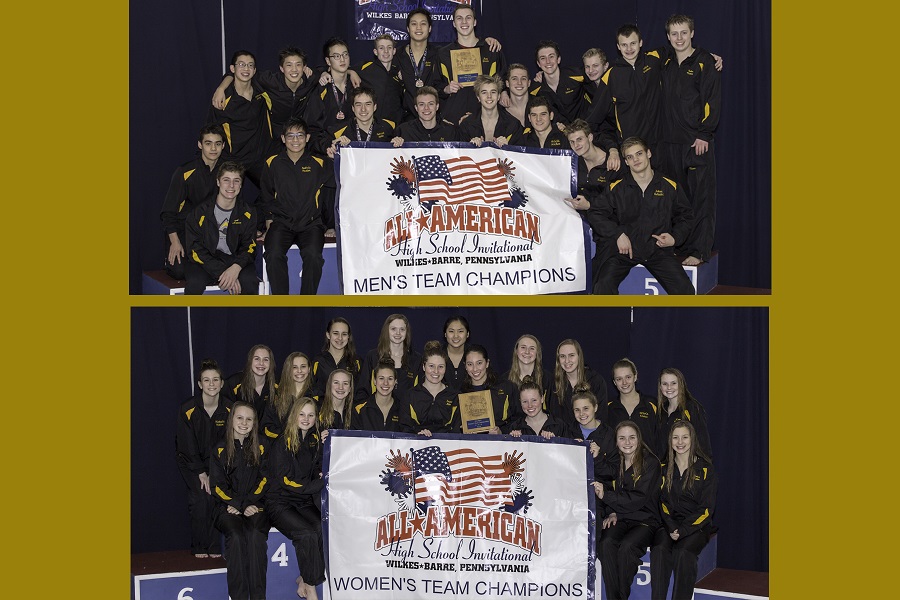 The girls team was led by Torie Buerger and Molly Smyers.  Torie won both the 200 IM and the 100 Back.  Molly Smyers won both the 200 Free and the 500 Free.  Olivia Kisow followed closely behind Molly finishing 2nd in the 200 Free and Kristine Mihm followed Torie finishing 2nd in the 200 IM.  The team of Torie Buerger, Ann Juneau, Lila McGrath and Mary Flavin started the girls road to victory with their win in the 200 Medley relay.

The team returns to the pool on Thursday, January 18th.  They travel to Hampton for a sectional meet which begins at 5pm.