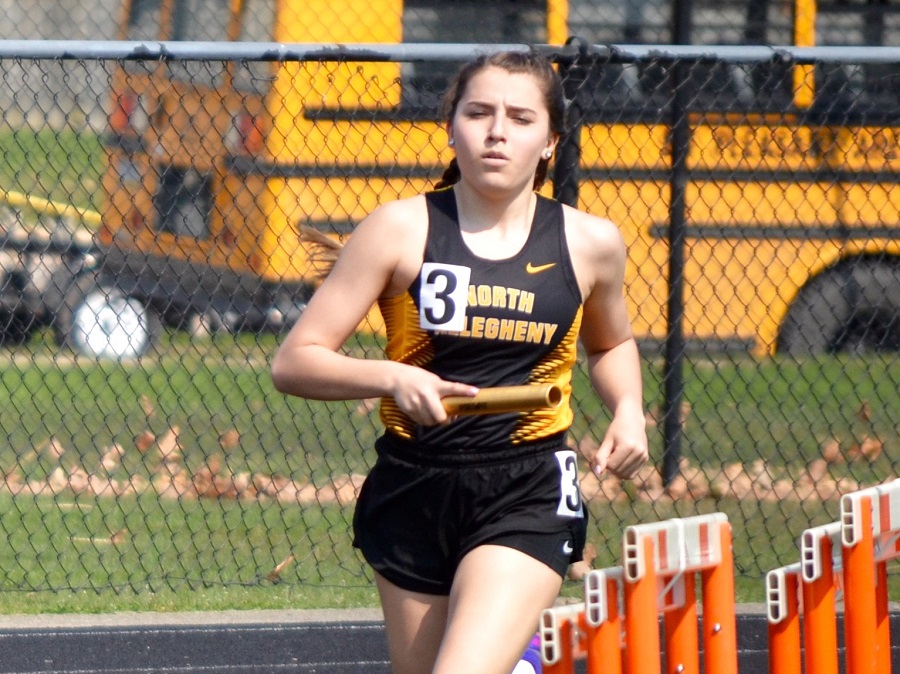 Junior Casey Burton earned two victories today in the 100m dash and long jump.  Other sprinters winning events included Emily Naughton in the 200m Dash, Lola Akindele in the 400m Dash and Bailee Miara in the 300m Hurdles. The distance crew dominated in their events as Maura Mlecko, Caroline Daggett and Keeley Misutka won their races, in the 800m, 1600m, and 3200m respectively.  In the field events Jessica Kotrick captured first place in the discus, as did Abigail Barton in the pole vault and Caroline Noel in the high jump.  Hannah Ziegler won her first competition as a Tiger in shot put as well.

On the Boys’ side of competition, Connor Dikta (throws) and Donovan Rice (hurdles) were able to snag dual victories each in their respective events. Percise Colon led the sprint crew to a win the 100m dash.  Dan McGoey cruised to a win in the 1600m run, while teammate Connor Foody outdashed his opponents in the 800m run.  Top performances in the field came from Theo Scoumis winning the high jump and Jack Walsh in pole vault.