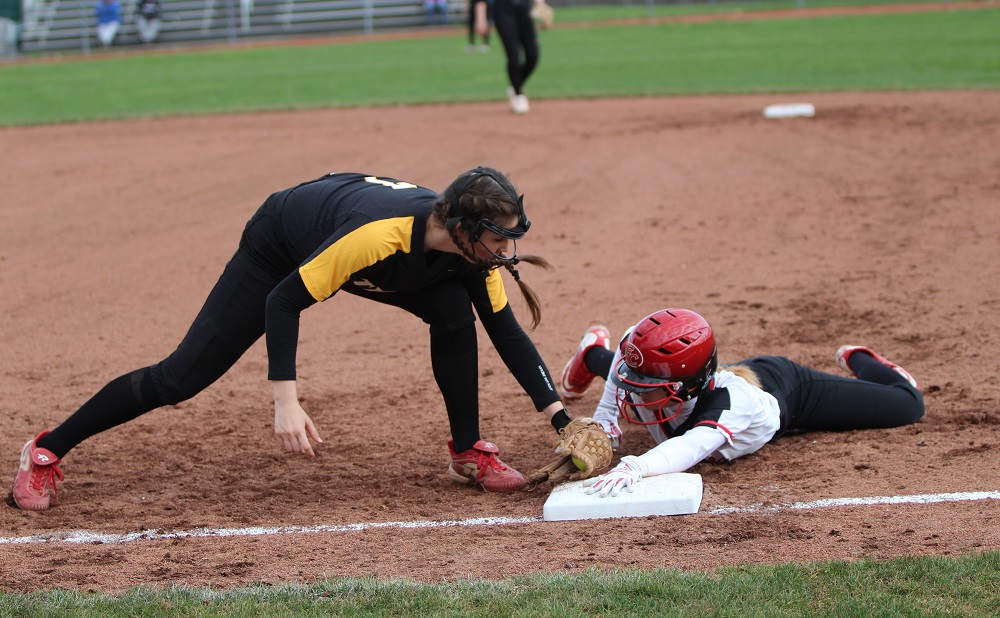 The top-ranked North Allegheny softball team lost its first game of the season on Tuesday evening with a 4-2 defeat to Fox Chapel in Section 2-6A action.

The Tigers struck first in the bottom of the third inning when Ashley Adams singled home Rachel Martindale from second base with two outs for a 1-0 lead. Fox Chapel evened the score at 1-1 in the top of the fourth inning courtesy of an RBI groundout from senior Madison Borkovich that plated Amelia Herzer.

The contest remained tied until Fox Chapel broke through for three runs in the top of the seventh. A wild pitch allowed Neena Pietropaolo to give the Foxes a 2-1 lead. Moments later, Jess Klein added a two-run single to increase the score to 4-1, Fox Chapel.

North Allegheny attempted to rally in the bottom of the seventh and opened the inning on a Martindale single. Two outs later, Kristen Chomos drew a walk and a groundball by Chloe Szczepaniak was misplayed by the Fox Chapel infield, allowing Martindale to race home to cut the score to 4-2. With Chomos at third base, Szczepaniak stole second base to put the potential game-tying run in scoring position. However, Fox Chapel pitcher Mackenzie Borkovich buckled down to get the final out and cap an upset win over the Tigers, 4-2.

Martindale was named the Wright Automotive Player of the Game, posting a 2 for 4 day with a double and two runs scored.

With the loss, North Allegheny falls to 9-1 overall and 7-1 in Section 2-6A. Fox Chapel improves to 3-6 overall and 2-6 in the section. The Tigers will return to action on Wednesday at 5:00 p.m. against the Hempfield Spartans. The contest will be broadcast live via the internet by the North Allegheny Sports Network.