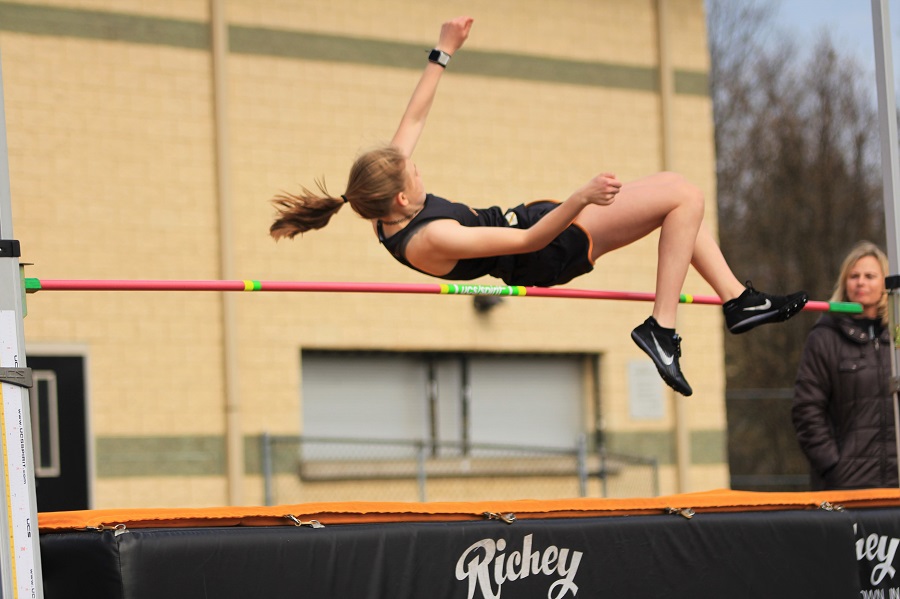 The North Allegheny track and field teams both advanced to the WPIAL Championships next week by defeating Hempfield and Kiski on Wednesday afternoon at the WPIAL Class AAA Team Semifinals. The NA Boys beat Hempfield, 110-40, and topped Kiski Area, 118-32. The Lady Tigers secured a 109-41 win over Hempfield and defeated Kiski by a 129-21 decision.

The NA boys received first place performances in both meets from junior Owen Curran in the High Hurdles and High Jump, senior Jacob Porter in the 100m Dash, sophomore Michael Gauntner in the 1600m Run, senior Eric Ghilani in the 300 Int Hurdles, junior Jackson Pajak in the 800m Run, senior Brandon Farr in the 200m Dash, senior Graham Wolfe in the 3200m Run, junior Andrew Gavlik in the Javelin, senior Kolin Dinkins in the Long Jump, senior Dwayne Taylor in the Triple Jump and junior Ryan Handron in the Pole Vault. First place efforts were also turned in for relay teams in the 4×800, 4×100 and 4×400 events.

The Lady Tigers also dominated the competition and saw first-place efforts provided by junior Rachael Johns in the High Hurdles, junior Arianna Tegtmeier in the 100m Dash, freshman Robin Kucler in the 1600m Run, senior Kena Shannon in the 300 Int Hurdles, freshman Wren Kucler in the 800m Run and 3200m Run, senior Lola Akindele in he 200m Dash, senior Evelyn Wiethorn in the Javelin and High Jump and freshman Isabella Costa in the Long Jump. Similar to the boys, first place efforts for the girls were also turned in for relay teams in the 4×800, 4×100 and 4×400 events.

The North Allegheny boys’ team improves to 8-1 on the season, while the NA girls’ team remains undefeated with a 9-0 mark. The NATF teams will take part in the Baldwin Invitation on Friday.