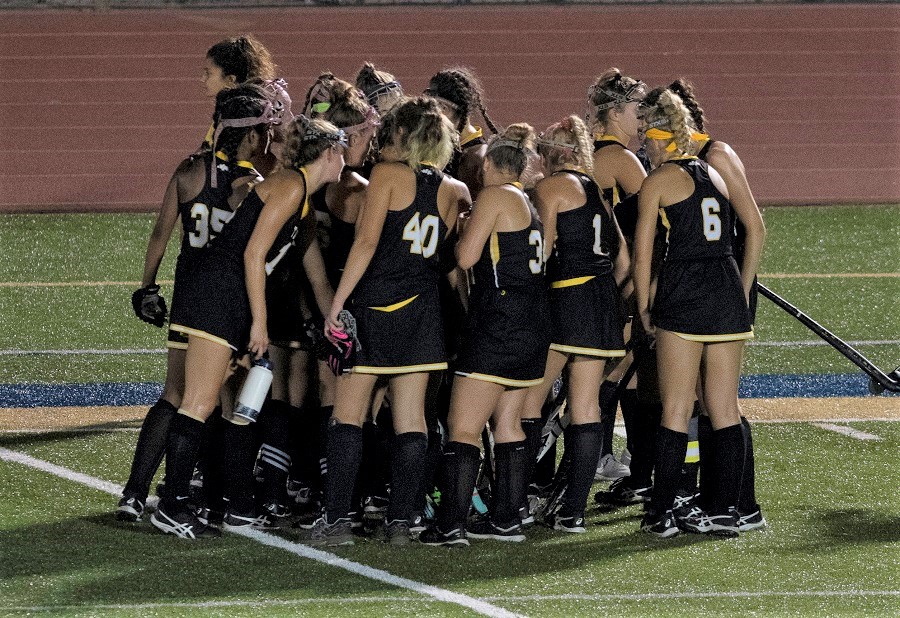 Senior Hailey Wachowiak’s hat trick helped North Allegheny to a 7-0 non-section road win at Latrobe on Monday night. The contest was heavily one-sided as the Tigers outshot the Wildcats, 36-0. It’s the third shutout of the season for the Lady Tigers.

From the outset, North Allegheny wasted little time in taking the lead and scored just 3:43 into the game. Junior Ashley Loftis assisted on a well-placed shot in the corner of the net by junior Marisa Hess for a 1-0 lead. Loftis connected with Wachowiak for a goal with 21:56 to play in the first half for a 2-0 lead. A little over two minutes later, Wachowiak struck again for a goal, assisted by Kate Adams, to raise the advantage to 3-0. With 9:48 remaining in the half, freshman Sofia Mianzo sent a ball into circle that was tipped into the Latrobe net by junior Jordan Richards for her first goal of the season and a 4-0 lead.

In the second half, North Allegheny put the game well out of reach with goals by Adams, Loftis and Wachoiwiak to close out a 7-0 victory.

With the win, North Allegheny improves to 4-8-1 overall on the season. The Tigers return to section play on Wednesday night with a home game against the Upper St. Clair Panthers at 7:30 p.m. The game will be broadcast live via the internet on the North Allegheny Sports Network.