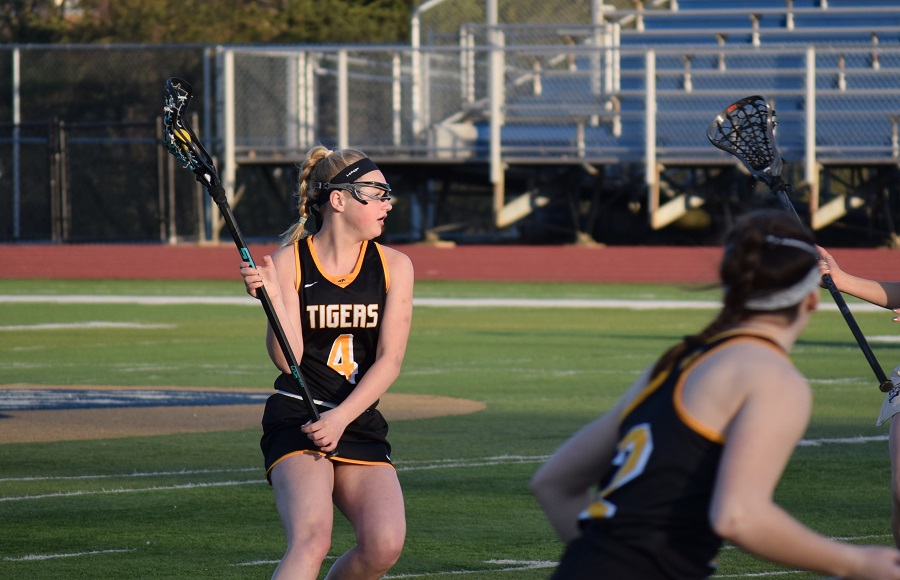 The North Allegheny girls’ lacrosse team secured a season sweep of the Butler Golden Tornado on Monday night with an 18-12 win on the road. The Lady Tigers have won four of their last five games and remain in the hunt for a playoff spot in Section 3-AAA. The 18 goals were the most scored in a game by the Tigers this season.

After scoring the game-winning goal in an overtime win against Canon-McMillan last week, Katie Oates picked up where she left off and scored a team-leading five goals to help NA build an 8-4 lead over Butler by halftime. Four of Oates’ goals came in the first half. The freshman also corralled 10 groundballs.

The Tigers poured on the goals in the second half en route to the section win. Junior Brooke Ferringer netted a hat trick, while fellow juniors Paige Jones and Lexi McClure totaled two goals each. Jones added a team-high three assists and scooped up 10 groundballs.

In a high-scoring affair, Butler was paced by junior Eliza Drohan with five goals, followed by Chloe Wertz with four. The Golden Tornado could not keep pace with the Tigers despite the strong performances from Drohan and Wertz.