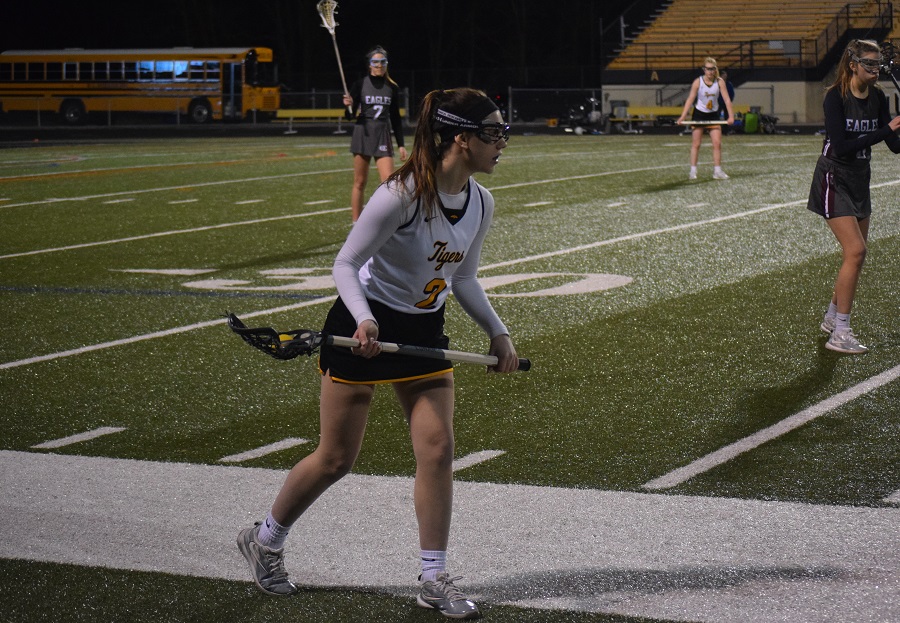 Facing a prominent foe from Class AA for the second straight game, the North Allegheny girls’ lacrosse team dropped a 15-13 home decision to the Oakland Catholic Eagles on Wednesday night at Newman Stadium.

Oakland Catholic jumped out to a 3-0 advantage in the early going but saw that lead evaporate on three straight goals by the Tigers, knotting the score at 3-3 with 14:42 left in the first half. Senior Brooke Ferringer scored two goals and senior Paige Jones scored another during NA’s early surge.

The Eagles soared ahead by netting six of the next eight goals to take a 9-5 lead by halftime. Oakland Catholic was led by the sister act of Megan and Natalie Cyterski, a pair of Coastal Carolina commits, who combined for eight goals on the night.

North Allegheny rallied back in the second half and trimmed the deficit to 12-11 with 10:35 remaining in the game. However, Oakland Catholic fended off the Tigers for a 15-13 win.

Freshman goalie Tommi Barrante made 13 saves on the night for the Tigers.

North Allegheny slips to 1-1 overall on the season. The Tigers will host Peters Township on Friday night at 7:00 p.m. in another non-section affair at Newman Stadium.