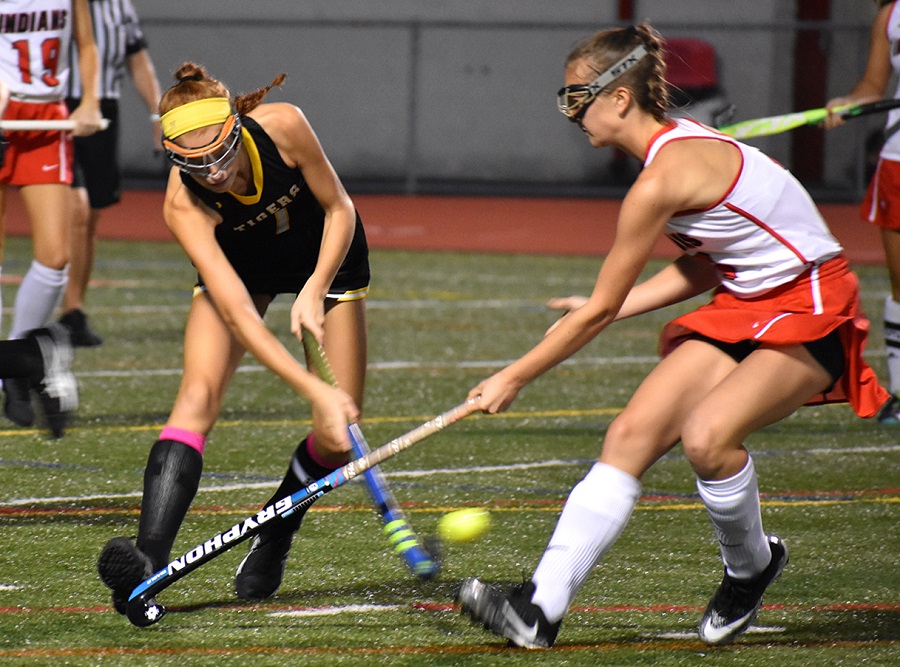 Against perennial playoff contender Peters Township, the North Allegheny field hockey team had its five-game winning streak snapped on Tuesday night in a narrow 1-0 defeat to the Indians in McMurray, PA.

The contest was a defensive struggle as North Allegheny goalie Kali Kugler and Peters Township netminder Jessie Phelps kept the game scoreless in the first half. The game’s only goal came with 20:10 remaining in the second half on a penalty corner. The Indians cashed in on the opportunity on a goal by Veronica Schratz, assisted by Maura Farinelli, for a 1-0 lead.

Despite their best efforts, the Tigers could not find the equalizer in the remaining minutes as the Indians held on for a 1-0 win. Phelps made five saves to post the shutout. Kugler tallied eight saves in the defeat.

Peters Township outshot NA, 10-6. The Tigers had the edge in penalty corners, 6-5.

North Allegheny slips to 5-2 overall and 2-1 in WPIAL Division I. Peters Township improves to 2-0 in section play. The Lady Tigers look to rebound on Thursday night in a contest against the Penn-Trafford Warriors at 7:30 p.m. The contest will be broadcast live via the internet on the North Allegheny Sports Network.