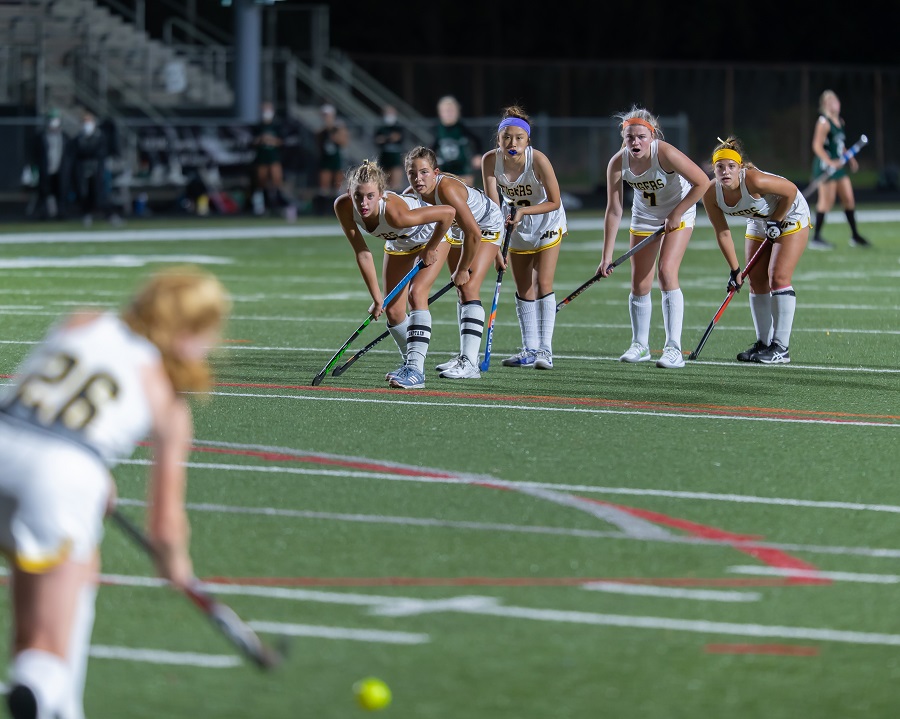 The North Allegheny field hockey team hosted neighborhood rival Pine-Richland on Wednesday night at Newman Stadium and the visiting Rams edged the Tigers by a 1-0 decision in Section 1-AAA action.

The game was a defensive struggle and remained scoreless until the fourth and final quarter. Pine-Richland held a 12-2 advantage in penalty corners and outshot North Allegheny, 7-4. Despite consistent possession time for the Rams, the Tigers were able to stave off the reigning WPIAL champions with outstanding play by the defense.

Senior Supritha Challa spearheaded the defensive effort and was named the Wright Automotive Player of the Game by the North Allegheny Sports Network.

Aiding the Tigers in the defensive zone and midfield were Raina Dodson, Maria Duchi, Ashley Loftis and Sophia Caruso.

Pine-Richland managed to break the scoreless tie with 10:45 left in the game on a goal by Rylie Wollerton for a 1-0 lead.

The Tigers nearly tied the game with 3:25 left but a shot by sophomore Mila Prusak was denied on a great save by PR goalie Sadie Baratka and the Rams hung on for a 1-0 victory.

Following the loss, North Allegheny dips to 3-3 overall and 3-2 in Section 1-AAAA. Pine-Richland remains undefeated in the section with a 4-0 mark. The Tigers will have a quick turnaround with a visit to Mt. Lebanon on Thursday night.