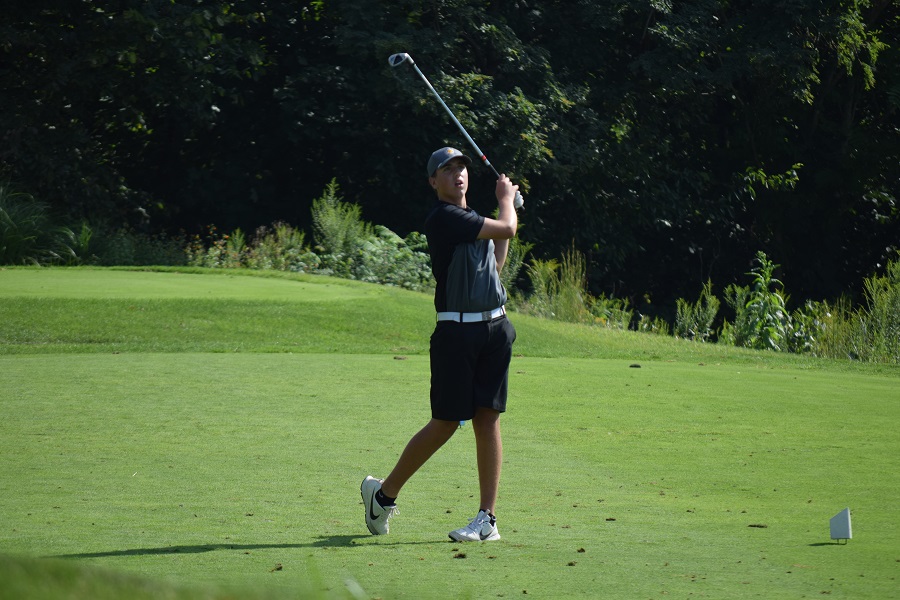 The North Allegheny boys’ golf team dropped a 182-193 decision to the Pine-Richland Rams in section play on Wednesday afternoon. Tied after the first two groups were in, the Rams bolted ahead by nine strokes in the final pairing to win the match.  The Rams were led by Donnie Professorie’s 1-under par 34.

The Tigers’ top golfer was Teague Urban who also shot a 1-under par. Scott Fitzgerald tallied a 36, followed closely behind by Ryan Meyer who shot a 37. Mike Delucia totaled a 41 and Adam Hendrickson rounded out the scorecard with a 45.

North Allegheny slides to 7-5 overall and 4-4 in section play. The Tigers will take part in the Fox Chapel Invitational on Friday and then the WPIAL Individual qualifiers at Suncrest Golf Course next week.