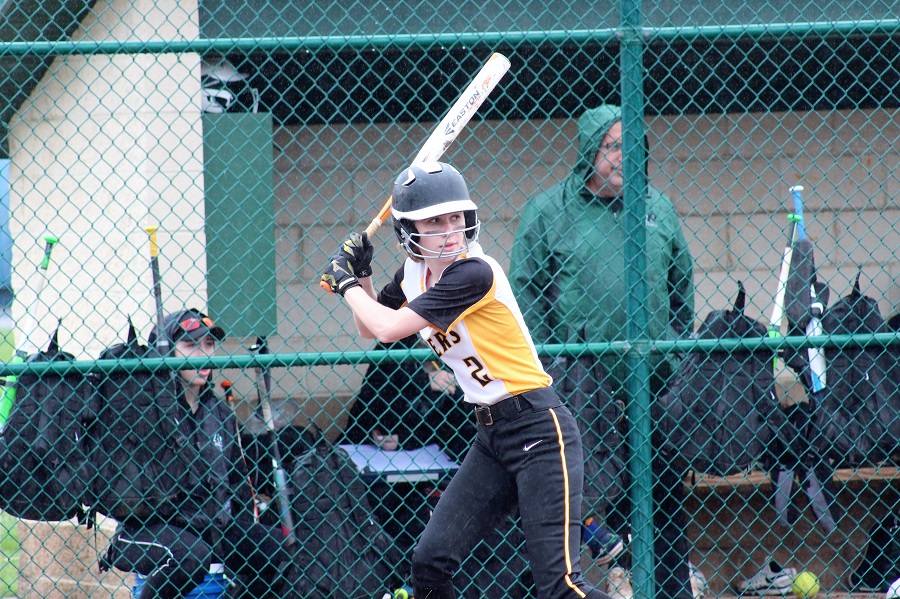 In a game played on Tuesday afternoon at Pine-Richland High School, the Pine-Richland Rams defeated the North Allegheny Tigers 9-8 in a lengthy game that went nine innings.

Both teams brought the offense to the contest, with Pine-Richland striking for sixteen hits while the Tigers gathered twelve. Each team went deep as well, with the Rams’ Brie Horrell and NA’s Ashley Adams clearing the fences.  North Allegheny’s Anna Pilotta had another outstanding day by going 4 for 6 on the afternoon. Defense was also in evidence during the game, as neither team was charged with an error. The Rams had a three-run lead going into the top of the seventh, but NA rallied to tie the game and missed an opportunity when a Tiger hitter took a called third strike for a third out with the bases loaded. Leading the RBI parade for NA was Rachel Martindale with five, followed by Ashley Adams and Maddy DeRubbo with one each. Brooke Serbin took the loss in a solid relief appearance, while Cameron Devinney earned the victory.

The loss drops the Tigers’ record to 8-4-1 on the season, with a Section 6-AAAAAA mark of 4-3. North Allegheny will host Butler in another section game on Thursday afternoon at NASH field, with the first pitch being set for 4:00.