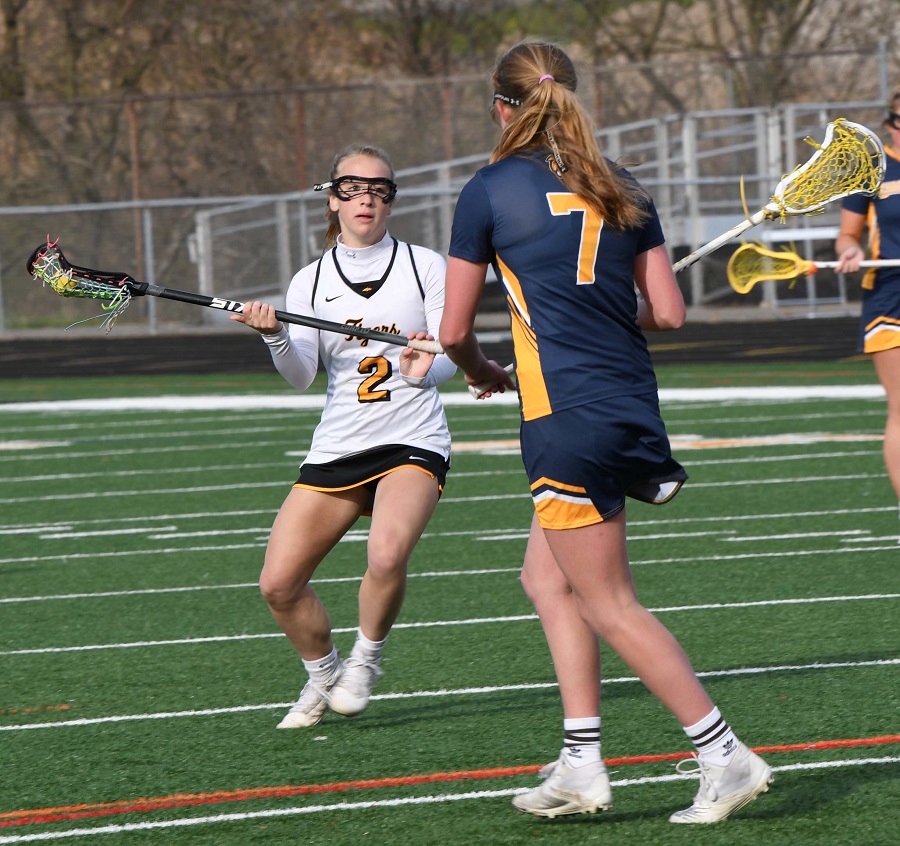 Shady Side Academy, the leader in (3A) Section 2 and the defending WPIAL girl’s lacrosse champions, overcame an early deficit to defeat North Allegheny 14-10 to remain perfect in section play.

Trailing 1-0, the Tigers got goals from Allison Lyon and Mila Prusak to take a 2-1 lead. However, the Bulldogs score five unanswered goals to lead 6-2 before Bela Falo scored to make it a 6-3 game at halftime. Seniors Jenny Woodings and Molly Walsh each netted first half hat-tricks for Shady Side Academy.

The Bulldogs (11-3, 8-0) scored the first two goals of the second half before the Tigers closed to within 8-5. The three-goal margin was as close as North Allegheny (7-3, 6-2). Falo would finish with 5 goals on the night for the Tigers with Prusak netting a hat-trick and adding an assist. Lyon had two helpers to go with her goal with Leigh Faila adding a goal and an assist. Isla Abrams and Maya Evans each added an assist for North Allegheny.

Shady Side Academy threw 28-shots toward the North Allegheny cage and sophomore Izzie Trunzo made 8 saves in the losing effort.

Bela Falo’s five goal effort earned her the Wright Automotive Player of the Game honors. Falo has now scored 3 or more goals in nine straight games and has a team leading 44 goals on the season.

The Tigers go right back at it tomorrow as they host Fairview in a non-section match-up before returning to section play next Tuesday when they visit Pine-Richland.