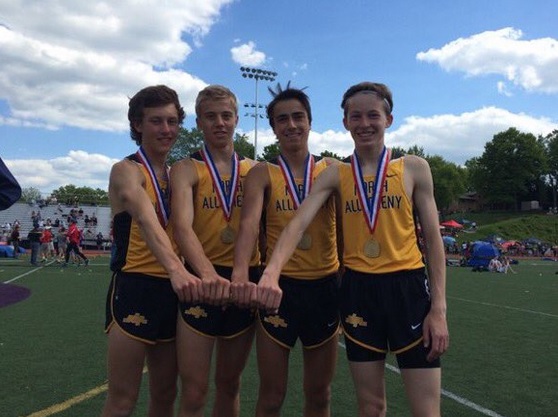 State-bound with some WPIAL Champs

NATF had a ‘tremendous’ night at the WPIAL AAA Individual Championships and State Qualifier Meet on Thursday.  Many Tiger athletes posted their season best performances and qualified for next week’s State Finals Competition.  The Tigers had 1 Relay team and 3 individual athletes that were crowned WPIAL Champions.  Clara Savchik outran her competitors by over 13 seconds as she won the 3200m Run.  Andrew Manz won the Javelin Event, which currently ranks him in the top 5 in the state.  Ayden Owens won the 300m Hurdle Race and placed second in the 200m Dash Finals.  And the Boys 4x800m Relay Team consisting of Bobby Lutz, Zach Ehling, Marc Migliozzi and Jacob Stupak beat their sectional rival Seneca Valley to win the race.  By the end of the meet 41 NATF athletes were WPIAL medalists and 23 athletes will continue their season as they prepare for the PIAA State Finals which will be held at Shippensburg University on May 27th and 28th.