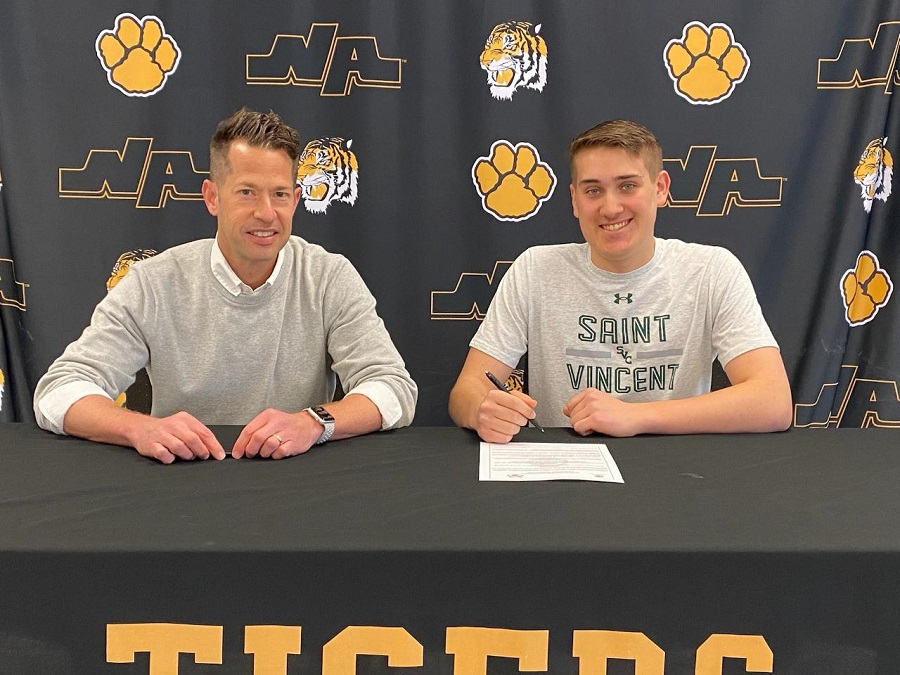 Laun is a defensive specialist for the Tigers and saw action during North Allegheny’s 19-0 season in 2021 with 11 aces and 25 digs. Laun is currently a senior on a Tigers team seeking their fifth consecutive WPIAL title and fourth straight PIAA crown this season.

At Saint Vincent, Laun will join a relatively young program. The Bearcats, who compete in the Allegheny Mountain Collegiate Conference in the sport, just completed their third season in program history. This up-and-coming program is led by first-year head coach Kate McCauley, who previously played women’s volleyball at Saint Vincent and has an extensive high school and collegiate coaching background.

Laun is undecided on his major at Saint Vincent College. He is pictured above with North Allegheny head  coach Dan Schall.