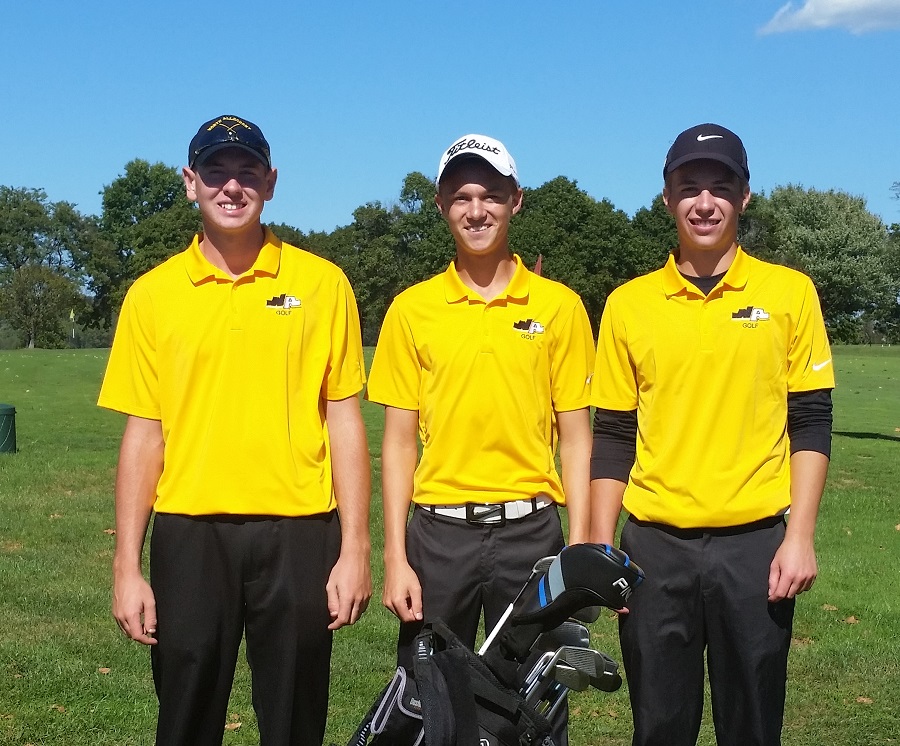 Three North Allegheny Tigers advanced to the WPIAL Individual Finals with spectacular efforts this afternoon in the WPIAL Semifinals from Hannastown. Luke Minsky, Kyle Dewey and Ryan Dougherty finished amongst the top 18 golfers out of a field of 50 to qualify. Minsky posted a score of 74, just two shots behind the leaders. Dewey shot a 75 and Dougherty carded a 76 to advance.

Pat Narduzzi, who shot a 79, and David Mrazik, who shot an 83, didn’t make the cut in a talented field of golfers. Franklin Regional’s Palmer Jackson, Elizabeth Forward’s Joe Klingensmith and Fox Chapel’s Anthony Cordaro all tied atop the leaderboard with a 72.

Minsky, Dewey and Dougherty will now compete to be the top golfer in the WPIAL next Tuesday at Oakmont Country Club. The entire NA boys’ golf team returns to the links tomorrow to face North Hills at Diamond Run Golf Course.