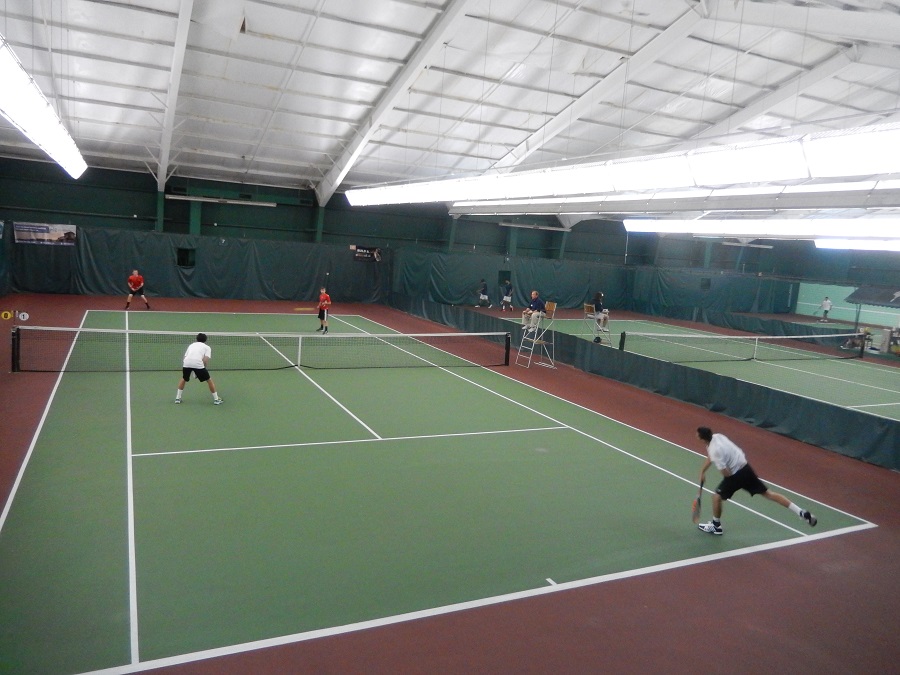 Starting their defense of the PIAA AAA Doubles Championship Friday, the duo of Senior Jared Isaacs and sophomore Richard Hofmann began play at the Hershey Racquet Club and won both the first round and quarterfinal matches as representatives of the WPIAL.  The District 7 champion Tigers prevailed in straight sets in both matches. First they swept past the team of Nick Tull and Jackson Muralka from Cedar Crest High School, of District 3.  The quarterfinal match pitted the Tigers against Bryan Szayna and Danny Katz from Upper Dublin High School of District 1.  Following the successful first day, Isaacs and Hofmann will resume play Saturday morning against Hershey High School’s Dante Falcucci and Jacob Jastrzebski, with the semi-final match starting at 9 AM.