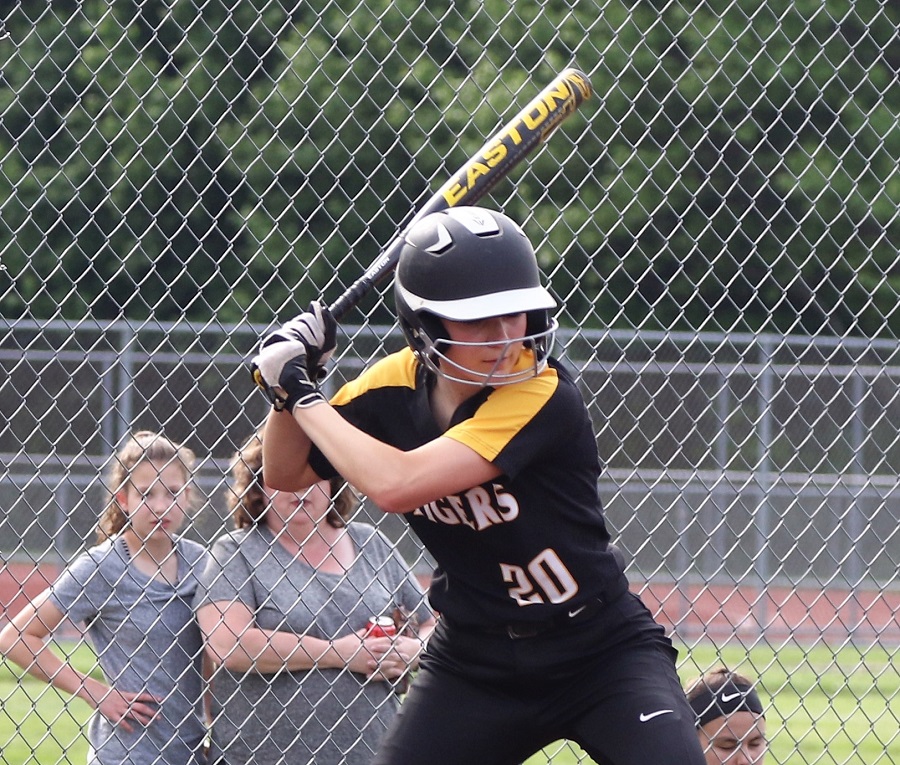 Tigers Bow Out In WPIAL Quarterfinals To Norwin, 2-1

The North Allegheny softball team dropped a 2-1 decision to the Norwin Knights in the WPIAL Class 6A quarterfinals on Monday evening at Fox Chapel High School. Norwin broke a 1-1 tie in the top of the seventh on an RBI double by Alex Brentzel to provide the margin of victory for the fifth-seeded Knights. Norwin senior pitcher Natalie Krzywiec went the distance for the victory, allowing one run with one strikeout and three walks.

The fourth-seeded Tigers stuck first in the bottom of the first inning for the early lead. Junior Kristen Chomos reached on a two-out single and scored moments later on an RBI double by Ashley Adams for a 1-0 lead. Chomos went 2-for-2 with a walk and a run scored, earning her Wright Automotive Player of the Game honors.

In the top of the second inning, Norwin knotted the score at 1-1 on a two-out infield single by Leah Yoder that scored Shae Gillham from third base. Both teams had their chances to break the tie during the course of the game but the defense from both sides made crucial plays to keep the game deadlocked until Norwin took the lead for good in the seventh inning.

Adams tossed a complete game for the Tigers but suffered the loss, permitting only two runs with two strikeouts and three walks. On offense, senior Anna Pilotta went 2-for-3 with two singles and junior Brooke Serbin reached base twice with a walk and a single, and laid down a sacrifice bunt in the sixth inning.

Following Monday’s result, Norwin improves to 12-6 overall and advances to the WPIAL semifinals for a date with top-seeded Hempfield. North Allegheny’s season concludes with a 14-8 record.

This season marked the Tigers’ 19th consecutive appearance in the WPIAL playoffs under head coach Rick Meister. In a season that began with adversity before the team even took the field for its first game, we congratulate coach Meister and the entire North Allegheny softball team for a tremendous 2018 season.