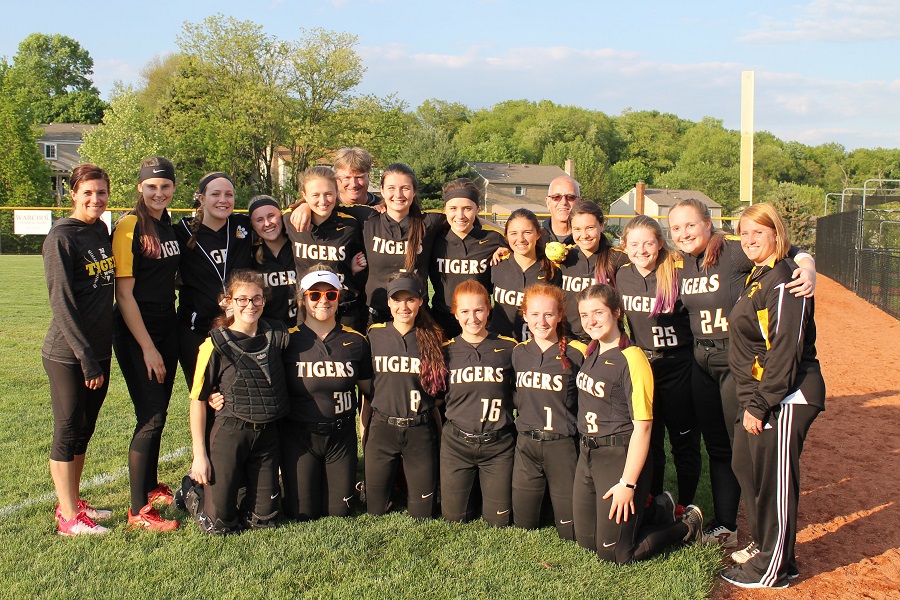 Appearing in the state playoffs for the third time in the last five years, the North Allegheny softball team dropped a 2-0 decision to Central Dauphin in the opening round of the PIAA Class 6A playoffs on Monday at Lebanon Valley College.

The Rams were champions out of District 3 for the second straight season and grabbed the early lead when N.C. State commit Samantha Gress hit a solo home run in the bottom of the first for a 1-0 advantage.

Central Dauphin tacked on another run in the third inning thanks to an RBI double by Tyler White that scored Bella Culp from first base for a 2-0 lead. Despite the RBI double, White was thrown out at third base on the play to end the inning on a relay throw from shortstop Rachel Martindale to Kristen Chomos for the tag, which was one of several examples of NA’s fine defense on the day.

In the bottom of the fourth inning, Central Dauphin seemed poised to blow the game open by loading the bases with only one out. However, junior starting pitcher Audra Sapp buckled down and induced a fielder’s choice groundout and a popout to wiggle out of the jam without any damage.

Limited to one hit by Gress through the first four innings, North Allegheny built an uprising in the fifth inning with back-to-back singles from Ashley Adams and Lauren Haywood. After a fielder’s choice by Brooke Serbin put runners at the corners with one out, it was Gress this time who worked out of jam by inducing a popout and groundout to keep Central Dauphin ahead 2-0.

Central Dauphin again threatened to increase its lead in the bottom of the fifth inning with runners at second and third and two outs. Sam Burns laced a line drive to right field but was denied on a tremendous leaping catch by Haywood, keeping the score 2-0, Rams.

While NA had several defensive gems, the Tigers bats tallied only four hits on the day and were unable to build a serious threat in the final two innings, ending their season with a 2-0 defeat to the Rams.

With two scoreless innings of relief with four strikeouts, and a 2-for-2 performance at the plate, senior Ashley Adams was named the Wright Automotive Player of the Game.

Central Dauphin improves to 22-2 on the season and advances to the PIAA quarterfinals on Thursday. North Allegheny concludes the year with a 15-8 record and Section 2 championship. Congratulations to first-year head coach Morgan Vescovi and the entire Tigers softball team for an outstanding 2019 season.