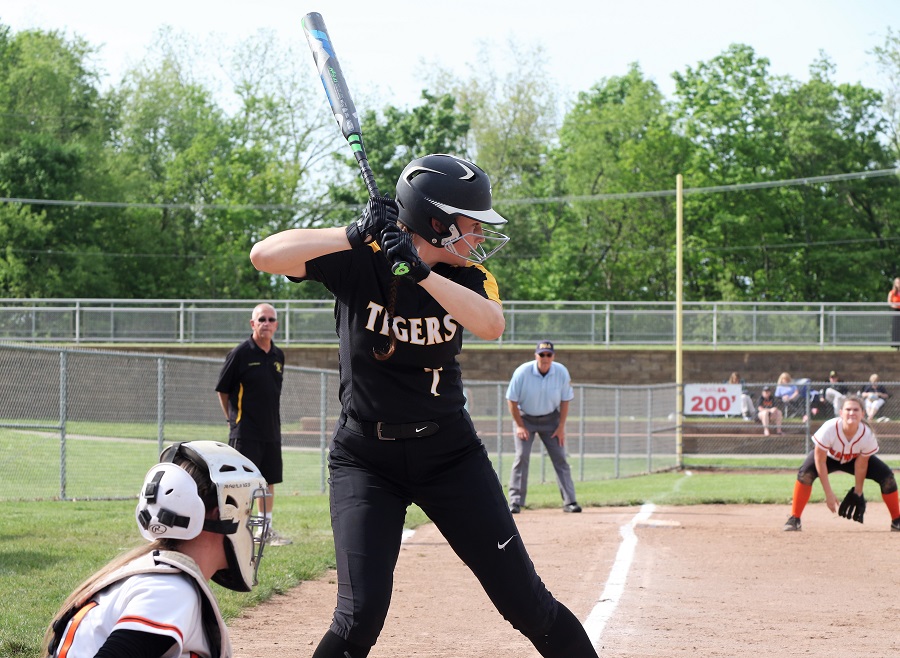 The fourth-seeded North Allegheny Tigers bounced the 13th-seeded Bethel Park Black Hawks from the WPIAL Class 6A playoffs with a 6-5 victory at Peterswood Park on Tuesday afternoon. The Tigers built a 6-1 lead by the fourth inning and fended off the feisty Black Hawks to advance to the WPIAL quarterfinals to face the Norwin Knights.

Tuesday’s first round matchup was the first meeting between the two teams since April 5, 2010. The Tigers won that contest 12-3 and got a jump start toward another win over BP with big innings in the third and fourth frames.

In the third inning, North Allegheny took a 2-0 lead on the strength of an RBI groundout by Ashley Adams and an RBI double by freshman designated hitter Chloe Szczepaniak. Bethel Park trimmed the score to 2-1 in the top of the fourth thanks to an RBI single by Cheyenne Hamel.

North Allegheny stretched the lead to five runs with a four-run bottom of the fourth. All of the action in the fourth came after two outs as Shannon Hamm doubled and Dana Manz singled her home for a 3-1 lead. Following a Kristen Chomos walk, Adams singled to score Manz to improve the lead to 4-1. Then Szczepaniak crushed a two-run double off the left centerfield fence to balloon the lead to 6-1, Tigers. With two doubles and three RBI’s on the day, Szczepaniak was named the Wright Automotive Player of the Game.

The Black Hawks made things interesting in the fifth inning and cut the score to 6-4 when Reagan Milliken doubled home two runs and Elaine Drahusz followed with an RBI single. In the top of the sixth, BP crept closer on a solo homer by Gianna Sciullo to bring the score to 6-5, Tigers.

Bethel Park came no closer as Adams shut the door in the seventh inning with a 1-2-3 frame to finish off a WPIAL first round victory. Adams went the distance for the win and struck out five on the day. Bethel Park’s Delaney Nagy started the game and took the loss, permitting six runs in 3.2. innings of work.

With the win, North Allegheny vaults to 14-7 overall, while Bethel Park ends the year with a 10-6 record. The Tigers will take on Norwin at a site, date and time to be determined.