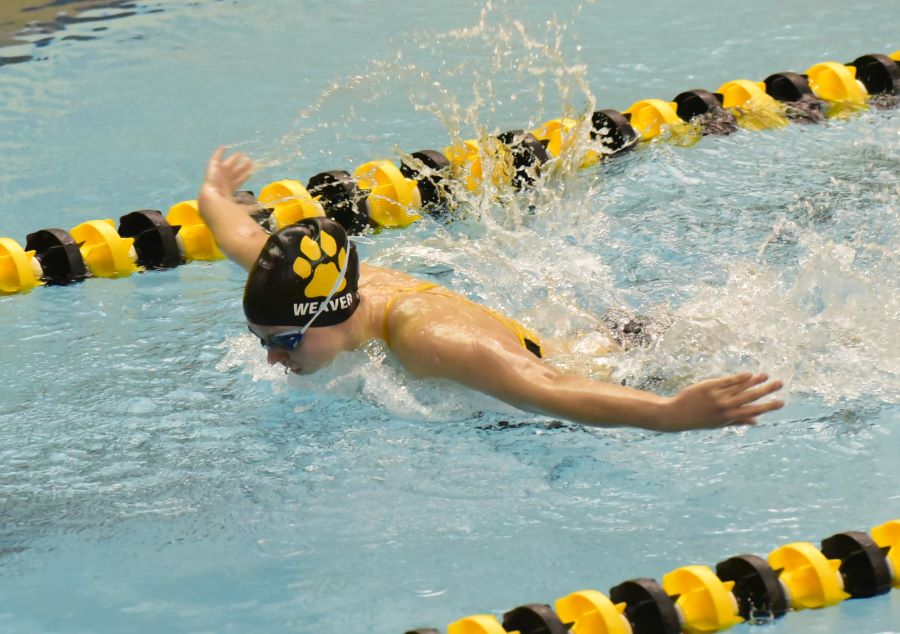 by Swimming & Diving Contributor
North Allegheny took home another non-section at Upper St. Clair on Tuesday night as the Lady Tigers earned a 96-88 win and the NA Boys won by the same score, 96-88.
The diving teams delivered a sweep at Upper St Clair with the NA girls taking the first three spots for the second straight meet. Christina Shi was the winner with a score of 283, followed by Lola Malarky’s 225 and Juliet Hood in a close third with a score of 222. For the NA boys, although not taking the top spot, they took second (Alex Polermo – 142), third (Ethan Maravich – 135) and fourth (Alex Moore – 134) place points which outpaced the total points from the Upper St Clair boys.

The swimming portion of the meet started off with the 200 Medley Team Relay taking second and third place. Team A: Eva Ogden, Natalie Sens, Dani Hinkson, and Rebecca Melanson swam a time of 1:51.10. For the Boys, NA delivered a first-place finish by Danny Lesinski, Gus Miller, William Gao, and Grant Regule with a time of 1:36.79.

The NA Girls once again dominated in the 500 Free, taking the top two spots with Lexi Sundgren grabbing first place (5:06.77) and Sens taking second place (5:27.34). The Boys were led by Eliot Maravich, who won with a time of 4:50.47 Strong efforts came courtesy of Emmanuel Chu and Ethan Maravich in the event.

Both teams improve to 4-0 on the season with the sweep of USC. On Jan. 3, the Tigers are at home against Fox Chapel. The meet will be broadcast live by the North Allegheny Sports Network.