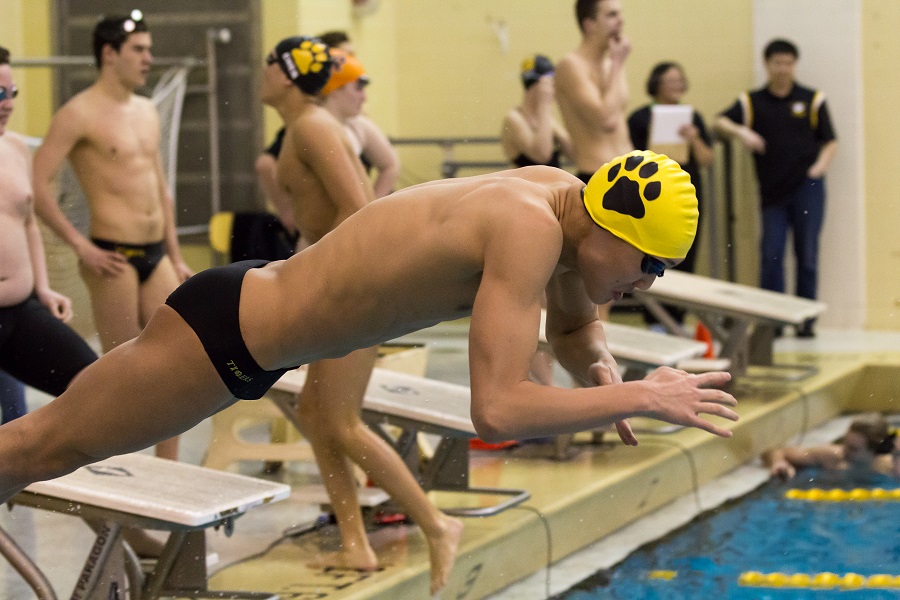 North Allegheny easily outdistanced an out-manned Bethel Park team winning 99 – 79 for the girls and 62 – 42 for the boys.  The boys team won all the events while the girls team won all event except the 200 IM and 100 Breast.

The girls won all 3 relay events in convincing fashion.  The team of Kristine Mihm, Torie Buerger, Olivia Kisow and Lila McGrath won the 200 Medley Relay by a comfortable 5 second margin.  Torie Buerger, Lila McGrath, Sydney Monteparte and Quinn Frost had nearly a 10 second margin of victory over the nearest Bethel Park team in the 200 Free Relay.  Finally in the 400 Relay, Ann Juneau, Torie Buerger, Lila McGrath and Molly Smyers had nearly a 15 second cushion over the top Bethel Park finishing team.  In individual events Ann Juneau cruised to an easy win in the 200 Free.  Molly Smyers won the 50 Free and Lila McGrath won the 100 Fly.  Olivia Kisow won by a wide margin in both the 100 Free and the 100 Back. Mary Flavin won by a wide margin in the 500 Free.

The team travels to Seneca Valley on Thursday, February 1st, for a sectional meet.  The meet begins at 6pm.