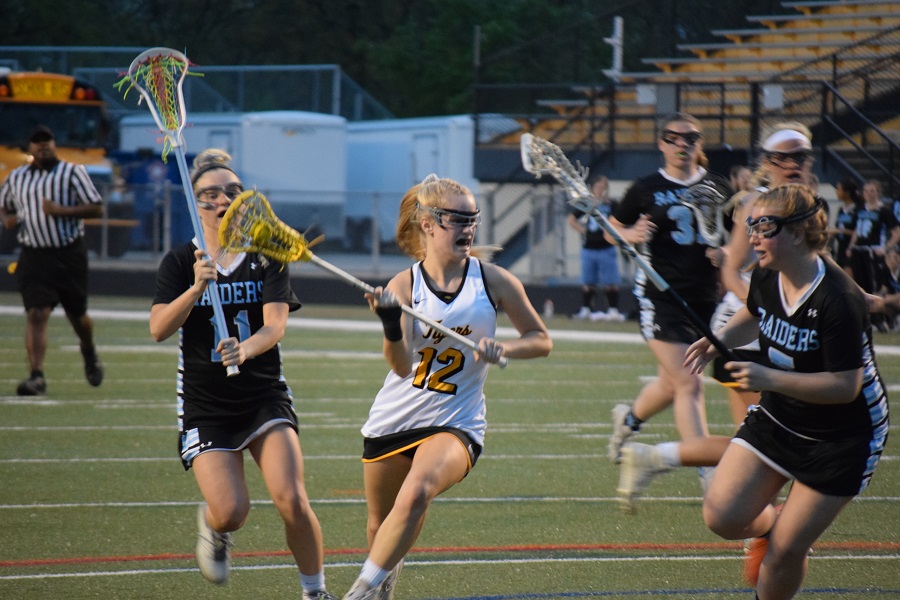 The North Allegheny Girls Lacrosse program had never hosted a playoff game in the team’s history until Tuesday night when the Tigers took down Canon-McMillan 18-8 in the opening round of the WPIAL Playoffs.

Canon Mac was playing in its first playoff game in program history, but a deep and experienced North Allegheny squad took control and cruised to the victory.

Camryn Whipple opened the scoring for the Big Macs and gave CM the early lead, but it did not last long. Less than 40 seconds later, sophomore Katie Oates netted the tying score on a free position opportunity.

Then the Skye DePrado show took over.

The sophomore netted back-to-back goals, including a free position marker to extend the Tigers’ lead to 3-1. Canon Mac junior Ashley Irwin scored to cool the NA offense, one of four goals she went on to score in the matchup. DePrado netted the hat trick with roughly 14 minutes to go in the half, followed by Irwin’s second of the night to make it 4-3.

From that point on, it was nearly all Tigers, as DePrado scored goals four and five, back–to-back, leading NA on a tear of six straight markers to take a 10-3 advantage with three minutes left in the half.

Irwin scored a hat trick of her own before halftime, but DePrado netted her seventh and Makenna Tuman added another score to take a 12-4 lead.

The Tigers continued the domination in the second half, as Oates achieved a hat trick, Deprado added her eighth of the game and senior Paige Jones scored a pair.

With the win, the Tigers improve to 12-6 overall on the season and advance to the second round of the playoffs. NA battles Upper St. Clair on the road on Thursday night at 7:30.

Canon Mac falls to 11-7 on the season as the Big Macs most successful year in team history comes to an end.