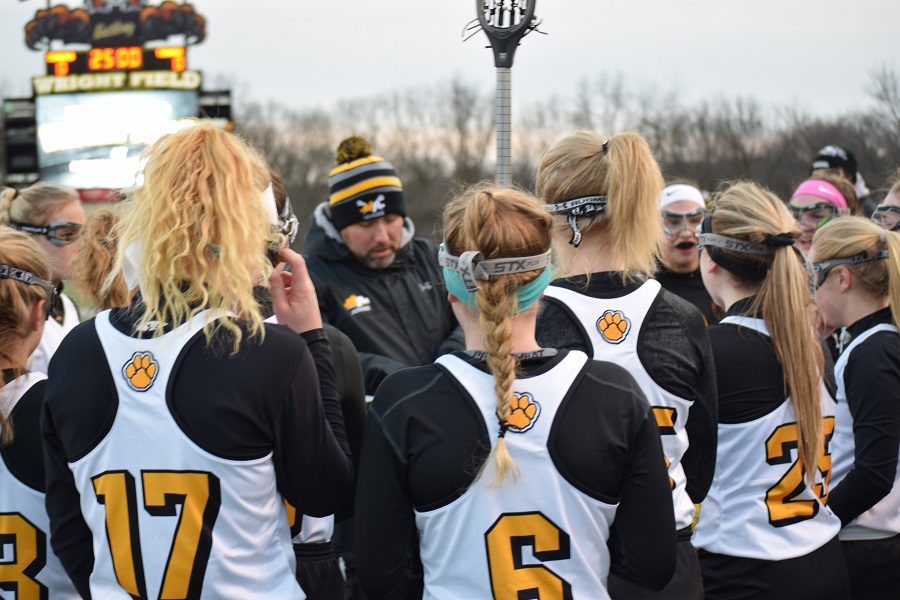 In the Section 2-AAA opener, the North Allegheny girls’ lacrosse team dropped a 17-11 decision to the No. 4-ranked Fox Chapel Foxes on Monday night at Newman Stadium. Tied 9-9 at intermission, Fox Chapel outscored NA 8-2 in the second half to claim the win. Junior Sloan Rost scored seven goals to lead the Foxes.

In a contest involving two high-powered offenses, the first half was a shootout with each team scoring goals by the minute. Tied 5-5 with 12:05 remaining in the half, Fox Chapel scored four of the next five goals to take a 9-6 lead with 5:33 left before halftime. The Tigers tallied three unanswered goals, two by senior Paige Jones and one by sophomore Skye DePrado, to knot the score at 9-9 at the half.

Both Jones and DePrado each finished with a team-leading four goals for the Tigers on the night. DePrado added two assists and was named the Wright Automotive Player of the Game by the North Allegheny Sports Network.

In the second half, North Allegheny had numerous good scoring opportunities in the first few minutes but couldn’t cash in. Instead, Fox Chapel scored the first goal of the second half with 19:43 on the clock on Rost’s fourth marker of the evening. From that point, Fox Chapel maintained the lead for the remainder of the game thanks to a deliberate but offensive approach.

Along with Rost’s seven goals, Makenna Blazer scored four goals and Marissa Hardiman chipped in with three goals for the Foxes.

For North Allegheny, joining Jones and DePrado on the scoresheet was senior Brooke Ferringer with two goals and senior Lexi McClure with one marker.

North Allegheny drops to 2-2 overall and 0-1 in Section 2-AAA. Fox Chapel improves to 1-1 overall and 1-0 in the section. The Tigers will try to bounce back with a section game on Wednesday at Freeport at 5:00 p.m.