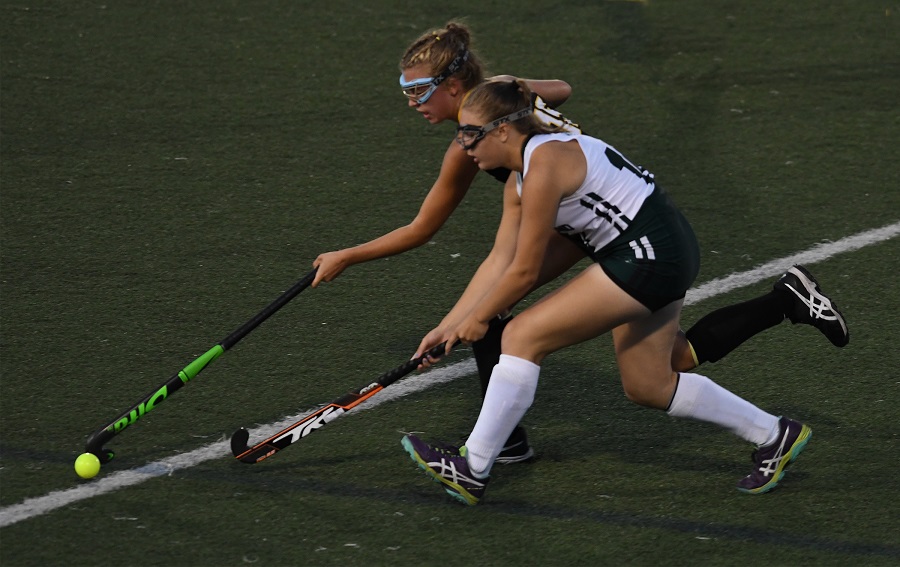 Tigers Edged By Rams In Overtime, 2-1

The North Allegheny field hockey team dropped a 2-1 decision in overtime at Pine-Richland on Monday night in a non-section contest. Rams senior Heidi van Dyk tallied the game-winning goal 1:05 into the extra session.

In a rematch of last year’s WPIAL Class AAA semifinal, the host Rams scored the first goal of the game on a marker by Jordan Landreneau for a 1-0 lead with 7:04 to play in the first half.

The PR lead did not last long, however, as North Allegheny tied the game just over three minutes later. Senior Hailey Wachowiak put a shot on net from the right side of the circle and junior Marisa Hess drove home the rebound to even the score at 1-1 with 3:44 remaining before halftime. For scoring NA’s first goal of the season, Hess was named the Wright Automotive Player of the Game.

Early in the second half, it appeared Pine-Richland might regain the lead when Mary Wymard had a golden opportunity on the doorstep of the NA goal. Tigers freshman goalie Jordan Ashbaugh denied Wymard with a terrific diving save to keep the game tied at 1-1.

From there, the defenses from both teams took center stage. The NA defensive unit of Ally Barcaskey, Maya DeNoma and Raina Dodson limited the Rams and kept Division I recruit Ella Rottinghaus off the scoreboard. Pine-Richland led in penalty corners, 6-2, but was not able to take advantage of its opportunities thanks to NA’s play on the back end.

The score remained deadlocked at the end of regulation and for the second consecutive meeting between the two schools, it would take overtime to decide a victor. With 7-on-7 play in the extra session, the Rams took advantage of their team speed as Keegan Kline raced down the right sideline and played the ball into the circle where van Dyk netted the game winner, giving Pine-Richland a 2-1 win.

The non-section loss drops North Allegheny’s overall record to 0-3 on the season. Pine-Richland improves to 4-0. The Lady Tigers will begin section play on Wednesday night with a visit to Norwin for a meeting with the Knights.