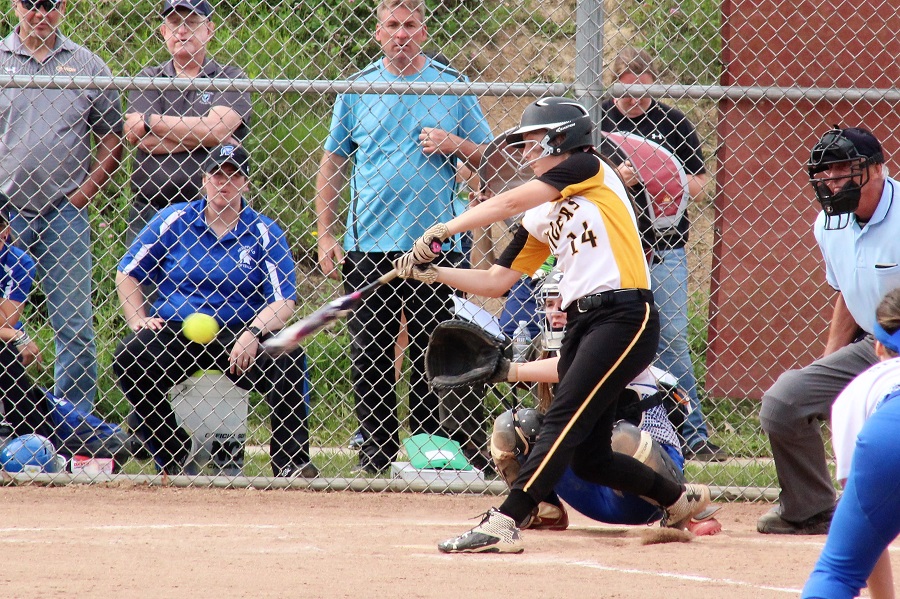 The Hempfield Spartans won their 36th consecutive game on Tuesday afternoon with a 4-1 victory over the North Allegheny Tigers in the WPIAL semifinals at Peterswood Park.

The Tigers opened the ballgame with a lead-off double by sophomore Rachel Martindale and used good situational hitting to bring her home. Senior Maddy DeRubbo advanced Martindale to third with a sacrifice bunt and sophomore Kristen Chomos drove her home with an RBI groundout to give North Allegheny an immediate 1-0 lead.

The two-time reigning WPIAL champions answered back in the bottom of the first with a two-out single by Morgan Ryan and followed with an RBI double courtesy of Madison Stoner to grab a 2-1 advantage. The Spartans added a run in the second inning as Jordan Bernard scored on an NA error to bring the score to 3-1, Hempfield.

It appeared the Tigers might cut into the Hempfield lead in the third inning when Martindale drove a fly ball to deep centerfield. However, Bernard made a leaping catch at the fence to rob Martindale of a would-be home run and kept the score at 3-1.

Ryan, a Notre Dame recruit, allowed a of couple hits to North Allegheny in the early innings but retired 16 consecutive batters to cap off her 17th win of the season. North Allegheny sophomore Ashley Adams performed admirably in the pitcher’s circle and permitted only two earned runs to a potent Hempfield lineup. The Spartans scored their final run of the ballgame in the fifth inning on a fielder’s choice RBI groundout by Jenna Osikowicz to bring the score to its eventual final, 4-1.

Hitting the ball hard in all three of her at-bats, including a double to lead-off the ballgame, Martindale was named the Wright Automotive Player of the Game by the North Allegheny Sports Network. Martindale also contributed stellar defense behind Adams to help limit the Spartans lineup.