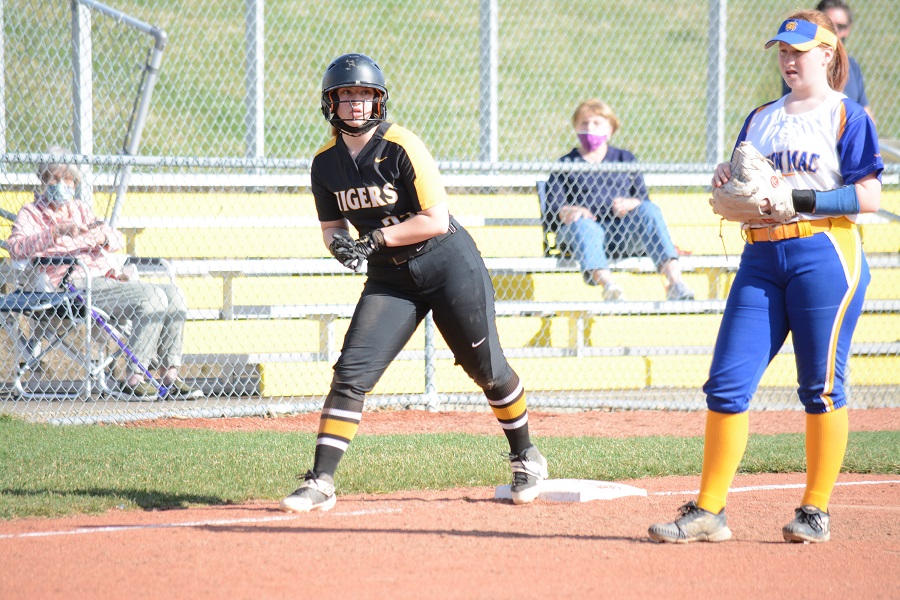 The North Allegheny softball team dropped a 10-2 decision in non-section play to Canon-McMillan on Tuesday afternoon.

In a matchup between two top-five ranked teams in Class 6A, the fourth-ranked Big Macs got the jump on the fifth-ranked Tigers when the first batter of the game, Grace Higgins, hit a solo homer to give CM a quick 1-0 lead.

In the top of the second inning, Canon-McMillan added on to its lead thanks to a two-run home run by Taylor Eckles and a two-run double from Olivia Ulam to increase the lead to 6-0. Eckles finished with three RBI on the day.

NA fought back in the bottom of the second inning as a Lauren Haywood infield single scored Annalyn Isaacs and Carlyn Vaupel, trimming the deficit to 6-2. Haywood was named the Wright Automotive Player of the Game for her two-run single.

Despite the two-run inning in the second, Canon-McMillan added on single runs in every remaining inning but the fourth to close out a 10-2 victory. Junior hurler Brooke Perri earned the win for CM and allowed only two unearned runs in six innings of work. NA freshman pitcher Anne Melle took the loss with a complete game effort.

North Allegheny falls to 1-2 overall, while Canon-McMillan improves to 1-1. The Tigers are slated to face the Mt. Lebanon Blue Devils on Wednesday at 4:00 p.m. weather permitting.