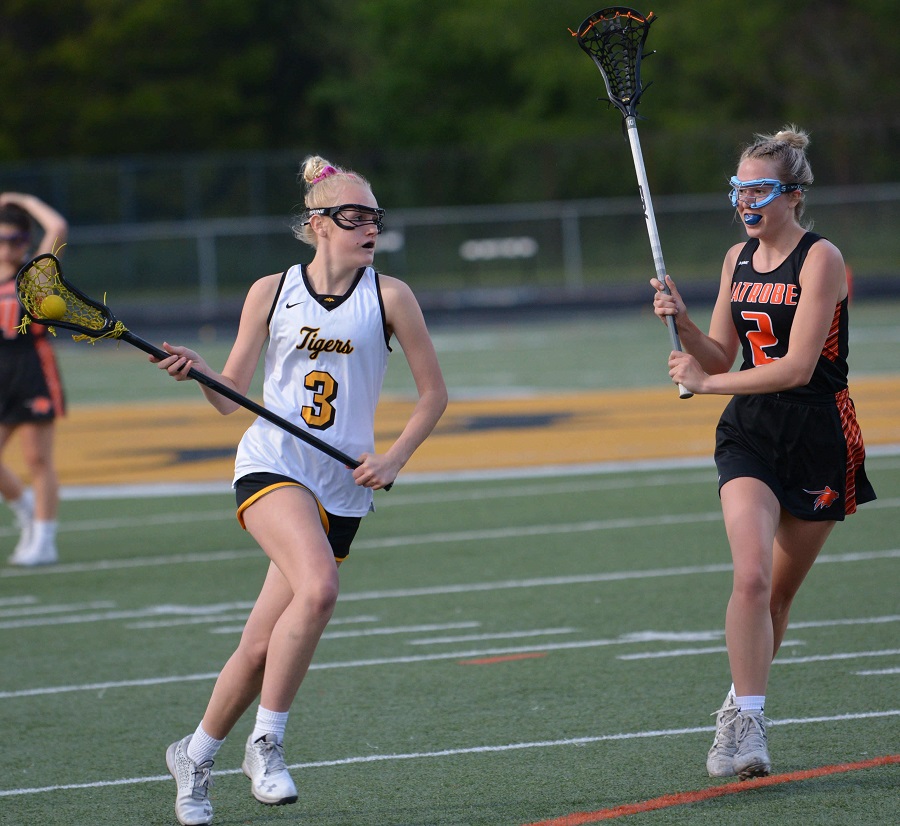 Tigers Fall To Panthers In Opener

The North Allegheny girls’ lacrosse team opened the 2022 season with a 14-6 non-section loss to Upper St. Clair on Friday night at Newman Stadium.

WPIAL semifinalists from a season ago, Upper St. Clair scored the first six goals of the night and held a 9-1 lead by halftime. The Panthers struck for two quick goals to start the second half to invoke the mercy rule enroute to a 14-6 outcome. USC was paced by University of Southern California commit, Haley Newton, who scored a game-high six goals and freshman Anna Capobres netted a hat trick. The victory was the first career win for Panthers first-year head coach Emily Zobian.

While North Allegheny trailed the entire night, the Tigers didn’t go down without a fight and played even with the Panthers in the second half with each team scoring five goals in the final 25 minutes. NA received a pair of two-goal efforts from senior Bella Falo and junior Rebecca Oates to lead the Tigers. Mercyhurst University commit Allison Lyon tallied a marker and freshman Avery Anderson netted her first career goal, earning Wright Automotive Player of the Game honors.

Following the season opening defeat, North Allegheny will look to rebound on Tuesday night with a visit to Fox Chapel.