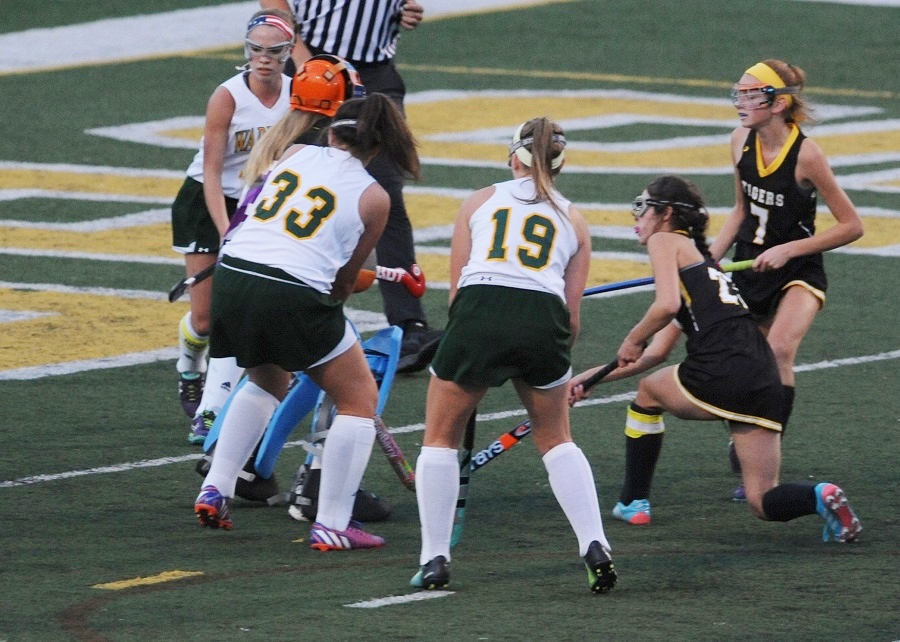 The North Allegheny field hockey played a tough non-section contest against the reigning WPIAL Class A champions on Monday night, dropping a 3-1 decision to Ellis School. The Ellis School Tigers have won three consecutive WPIAL titles, two in Class AA in 2014 and 2015 and one last year in Class A.

Ellis came out fast and scored two quick goals in the first half for a 2-0 lead. In the second half, North Allegheny’s Bridget Russell streaked into Ellis territory, weaved past several defenders and passed to Olivia Scherrer who scored to trim the deficit to 2-1.

The game continued with end-to-end play and advances from both sides but NA could come no closer and ultimately fell, 3-1, to Ellis School.

North Allegheny slips to 8-5 overall following the non-section defeat. The Tigers look to bounce back tonight in section play against the winless Hempfield Spartans.