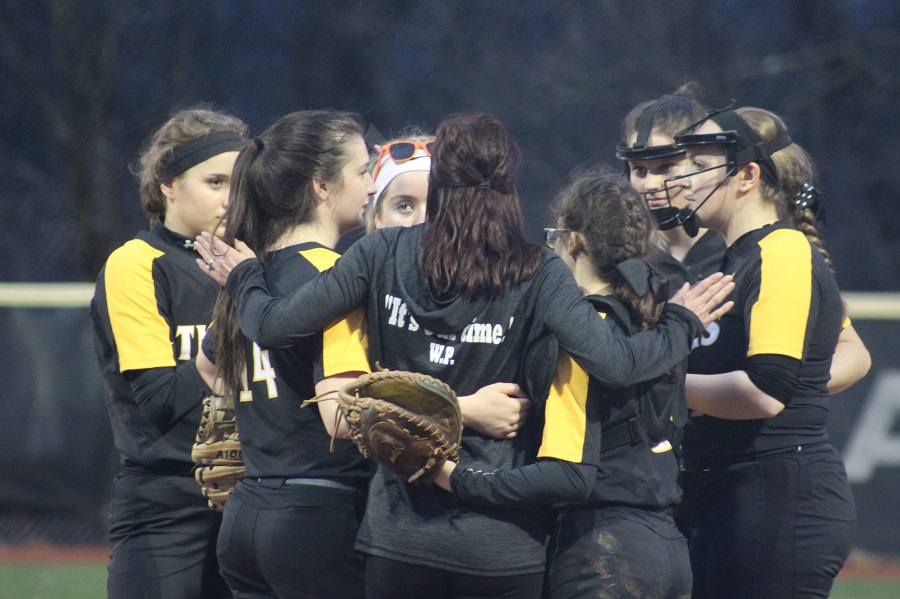 The North Allegheny softball team dropped a 15-0 decision in four innings to the Hempfield Spartans in the WPIAL Class 6A championship game on Thursday afternoon at Peters Township High School. Hempfield scored three runs in the first inning, seven in the second inning and five more in the fourth to earn its fifth straight WPIAL championship.

Senior Laura Fox drove in three runs and hit a two-run homer in the second inning to spark the Hempfield lineup. Olivia Persin, Ashley Orischak and Taylor LaVale added two RBI each. Sophomore pitcher Callie Sowers allowed only one walk and struck out five with a four-inning no-hitter.

North Allegheny falls to 15-7 on the season, while Hempfield improves to 16-6. Despite the loss, the Tigers season continues on Monday, June 3 with the first round of the PIAA playoffs against the District 3 champion. The Class 6A District 3 title game will be played on Friday between Warwick and Central Dauphin.