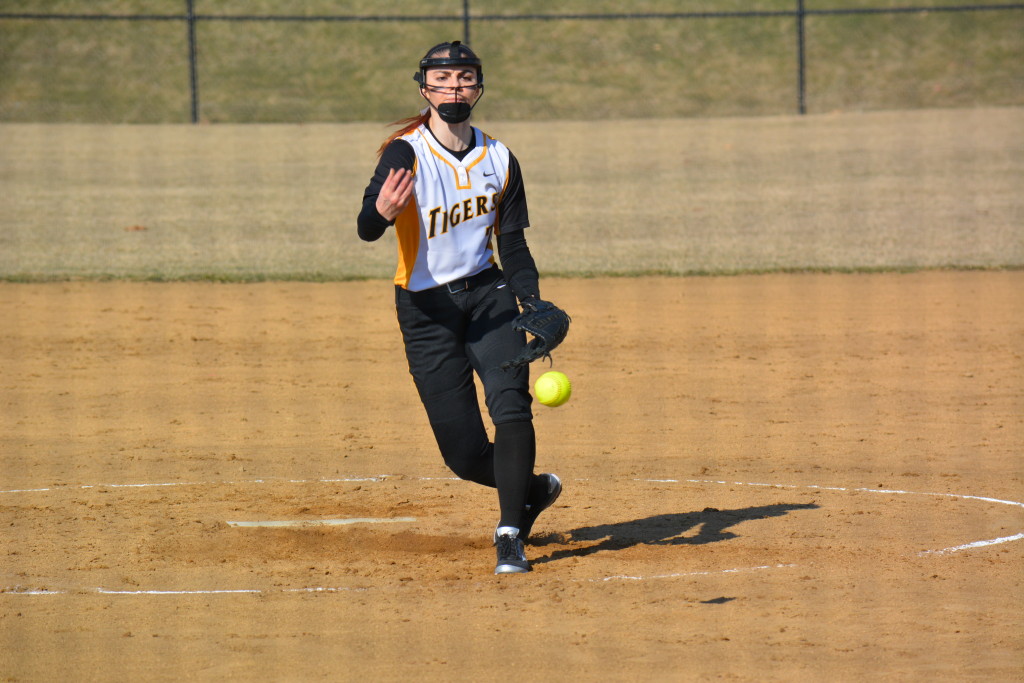 The North Allegheny Varsity Softball Team traveled to Pittsburgh Brashear on Friday afternoon for the completion of a suspended game and finished what they had started by defeating the Bulls 15-0 in three innings.  Madi Beining picked up the victory for the Tigers, with Mollie Benvenuto coming on the close out the game by pitching the third inning for the combined no-hit shutout.

Right fielder Anna Sardon led the hit parade for NA by going two-for-two with two runs batted in.  All sixteen Tiger players saw action in the contest as they combined for ten hits and received five walks. The only extra-base hit in the contest was a deep triple by catcher Laura Ryder that drove home two Tigers.

The win raises North Allegheny’s Section 3 AAAA and overall record to 7-0.  The Tigers will get right back into action on Saturday afternoon when they travel to Seneca Valley to battle the Raiders in a 3:00 start.