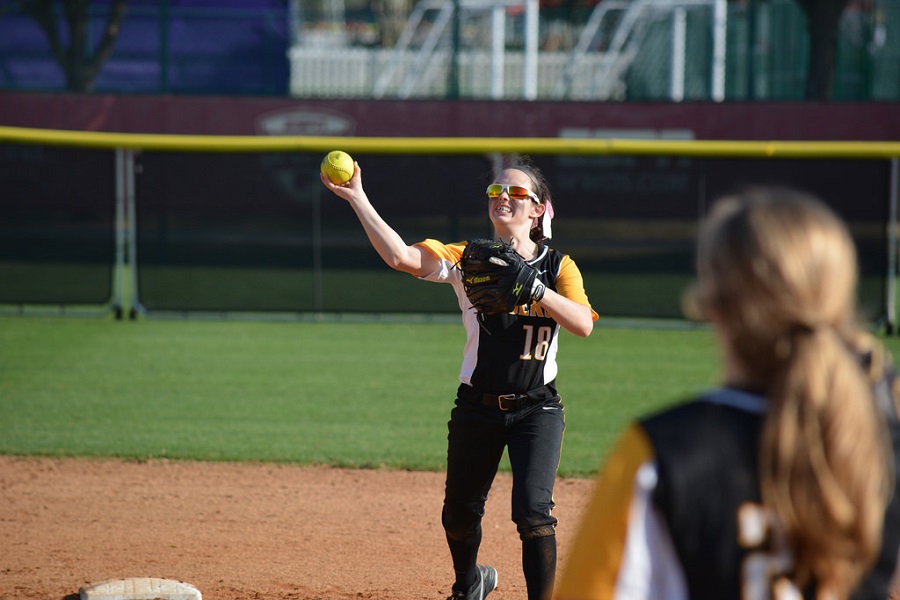 The North Allegheny Varsity Softball team hosted the Pine-Richland Rams at NASH Field on Tuesday night in the home finale and came away with a hard-fought 7-4 victory, as sophomore pitcher Madi Beining was able to overcome many challenges to pitch the complete game to earn the victory on a beautiful night in Wexford which allowed most in attendance to clearly see a good ballgame.  Beining surrendered just four hits while striking out at least three Ram hitters.  She was charged with five walks in a composure-testing game.

Pine-Richland scored once in the first and three times in the third to take a 4-0 advantage, but NA battled back with two runs in both innings three and four and three runs in inning five to take the score to the eventual final margin.  Four Tigers contributed extra-base hits, all doubles, to propel the team to the lead. Shortstop Christine Scherer, second baseman Emily Hogan, pitcher Madi Beining, and left fielder Mackenzie Gostomski found the gaps in the Ram defense to get the two-baggers. For her efforts, Hogan was named the Wright Automotive Player by the North Allegheny Sports Network.

The victory gave North Allegheny a final Section 3-AAAA mark of 9-3, with an overall record of 13-4. Two games remain on the schedule before the Tigers enter the W.P.I.A.L. playoffs next week.  The team will travel north to play McDowell on Wednesday afternoon at 4:00, and go to Fairhaven Park on Thursday evening at 6:30 PM to take on the Montour Spartans.