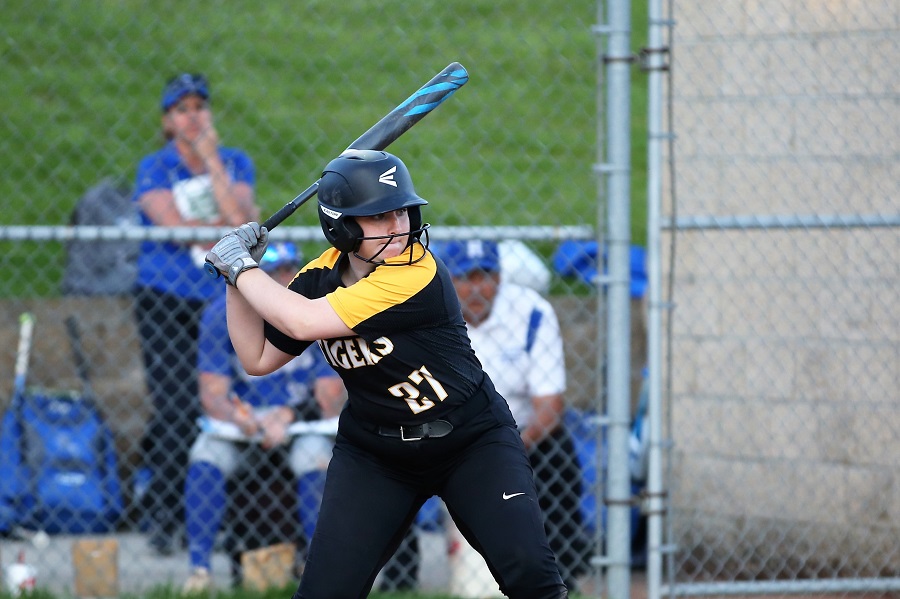 Sophomore Anne Melle tossed a complete game four-hit shutout and the North Allegheny lineup belted a pair of home runs in an 8-0 win over Peters Township in the opening round of the WPIAL Class 6A playoffs on Monday evening at West Mifflin High School.

The Tigers were making their 22nd consecutive appearance in the WPIAL playoffs and faced an Indians team that was playing in the postseason for the first time since 2018. North Allegheny pounced on the playoff newcomers in the second inning when senior catcher Sydni Junker crushed a two-run homer over the left field fence for a 2-0 lead. Junker’s home run, her first of the season and third of her career, sparked a big day for the NA offense and the Allegheny College commit was named the Wright Automotive Player of the Game.

Peters Township committed four errors in the contest and a pair of costly miscues in the third inning allowed North Allegheny’s McKenna Rowlands and Melle to score to increase the lead to 4-0.

The Tigers tacked on another run in the fourth inning when sophomore Carlyn Vaupel reached on an error and later scored on an error for a 5-0 lead.

In the fifth, a solo homer by Reagan Deitrick, her second of the season, increased the NA lead to 6-0. Immediately after the Deitrick long ball, junior Annalyn Isaacs smashed a double off the left field fence to set the table for another run. Later in the inning, Vaupel delivered a two-out RBI single to score Isaacs for a 7-0 advantage.

North Allegheny’s final run came in the sixth inning. Caitlin Logan led off with a single and advanced to third on a single by Melle. With runners at the corners, a double steal allowed Logan to cross the plate for an eighth run and an 8-0 lead.

The eight runs were more than enough for Melle who was nearly untouchable in the circle, striking out five and permitting only four hits for her second shutout of the season. Peters Township starter Mia Falbo pitched four innings, allowing five runs (two earned) and suffered the loss. Reliever Elena Tylka worked the final two innings and gave up one run on three hits.

North Allegheny improves to 11-9 on the campaign, while Peters Township’s season ends with a 7-10 record. The seventh-seeded Tigers will face second-seeded Mt. Lebanon on Wednesday at 5:00 p.m. at Montour High School. The game will be broadcast live by the North Allegheny Sports Network.