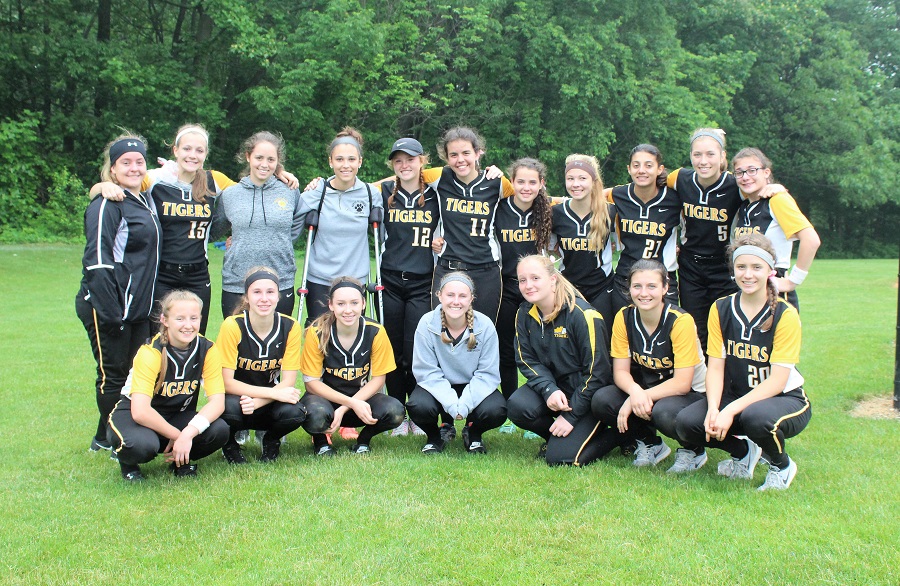 Participating in the state playoffs for the third time in the last five seasons, the North Allegheny softball team dropped a 16-7 decision to McDowell on Monday afternoon in the opening round of the PIAA playoffs at Penn State Behrend in Erie, PA.

Fresh off their ninth consecutive District 10 title, the Trojans took a 1-0 lead in the bottom of the first inning courtesy of an RBI double by Rachel Marsden. The Tigers answered back in the second inning when Megan Smith scored on a McDowell error to even the score at 1-1.

The Trojans grabbed the lead back with a four-run third inning, thanks in part to three consecutive RBI singles by Kira Hillhouse, Karlie Fachetti and Corine Buchtold. Fachetti also scored on a North Allegheny error to bring the score to 5-1, McDowell. A two run-double by Fachetti and an RBI double by Faith Renwick in the fifth inning increased the McDowell advantage to 8-1.

The feisty Tigers clawed their way back into the game with a six-run top of the sixth inning. Dana Manz and Anna Pilotta delivered RBI singles, and Shannon Hamm chipped in with a fielder’s choice RBI. The big inning was highlighted by Kristen Chomos who slashed a three-run triple with two outs to trim the McDowell advantage to 8-7. For her efforts, Chomos was named the Wright Automotive Player of the Game.

Despite the NA surge in the top of the sixth, the Trojans put the game out of reach with eight runs in the bottom of the frame. Marsden was the winning pitcher for McDowell, going the distance and allowing only one earned run.

McDowell improves to 15-5 on the season and advances to the PIAA quarterfinals on Thursday. The North Allegheny season comes to a conclusion with a 14-9-1 record. Congratulations to head coach Rick Meister, the coaching staff and the entire North Allegheny softball team for a memorable 2017 season.