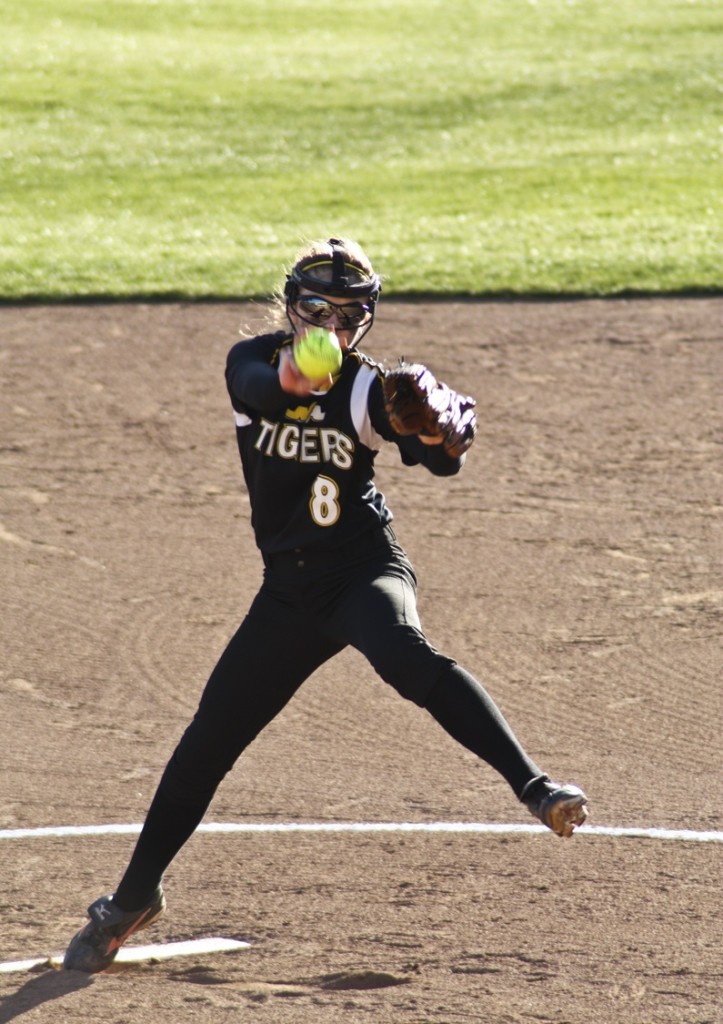 The North Allegheny Varsity Softball Team completed a season sweep of the Fox Chapel Foxes with an 11-1 home-opening victory on Saturday afternoon at NASH Field to raise their overall record to 6-1, 3-1 in Section 3-AAAA play.  North Allegheny tallied single runs in innings number one and two, but Fox Chapel narrowed the gap to one with a third-inning tally to make the score 2-1. In the bottom of the third, the Tigers exploded for four runs, with the big blow struck by junior center fielder Laura Cotter, who launched a two-out bases-clearing three-run triple to deep left-center field to extend NA’s lead to 6-1.

After a scoreless fourth inning, the Tigers ended the game via the ten-run rule with a five-run fifth to arrive at the final 11-1 score.  Senior pinch hitter Sarah Clogan got things started with a one-out single to left field.  Following a perfect sacrifice bunt by sophomore pinch hitter Lacey Hilderbrand and an intentional walk to Cotter, sophomore designated player Liz Scherer singled home Clogan. With the score 8-1 and two on base, senior third baseman Mary Funderlich blasted her fourth home run of the season deep into the left field bleachers to end the game.

For the Tigers, senior starter Sami Beining picked up the victory to raise her season record to 3-1 while allowing three hits, striking out two, and walking two, while sophomore Madi Beining came in to pitch a one-two-three fifth inning while striking out two.

North Allegheny will next see action when they host the Shaler Area Titans on Monday at 6:00 PM at NASH Field.