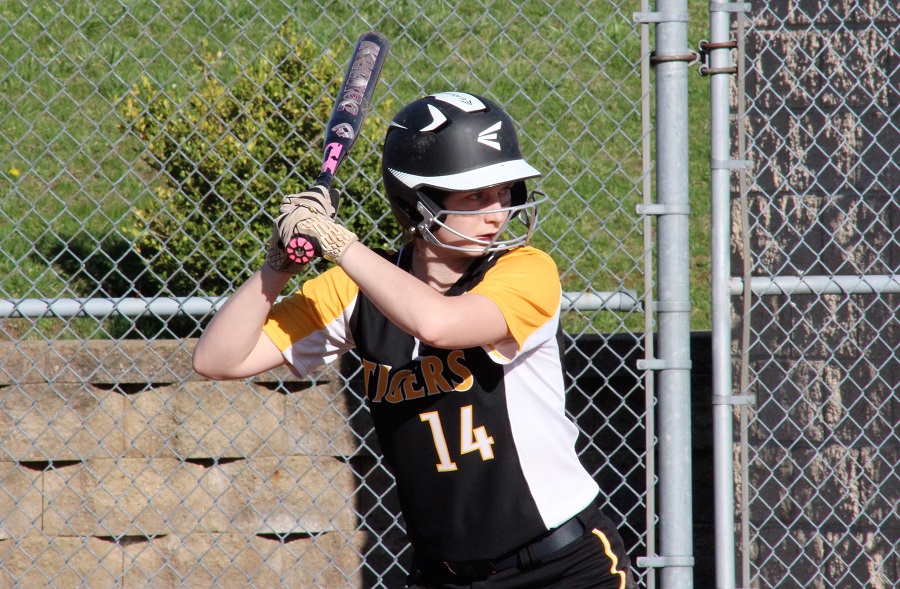 The North Allegheny Varsity Softball Team bounced back from a tough defeat on Thursday to regain their winning form with a solid 11-3 victory over the visiting McDowell Trojans at NASH Field on Friday evening.

It was a solid team performance in a game in which freshman pitcher Audra Sapp earned her first Varsity win, aided by an outstanding relief performance by sophomore Ashley Adams, who not only set down the Trojans over the last two-and–two-thirds innings, but also contributed two hits on the evening. Other Tigers who had multiple-hit games were shortstop Rachel Martindale, center fielder Shannon Hamm, and first baseman Dana Manz, each of whom contributed two hits to the Tigers’ cause.  McDowell scored its only three runs in the fifth inning, highlighted by a home run by Trojan freshman second baseman Rachel Helsley, the first homer of her varsity career.

The non-section win raises the Tigers overall record to 7-3, while maintaining their 4-2 Section 3-AAAAAA record, tied for second place with Shaler Area and trailing first-place Seneca Valley by one game. The Tigers will return to action quickly, with a home Saturday game vs. Indiana High School . First pitch is scheduled for noon.