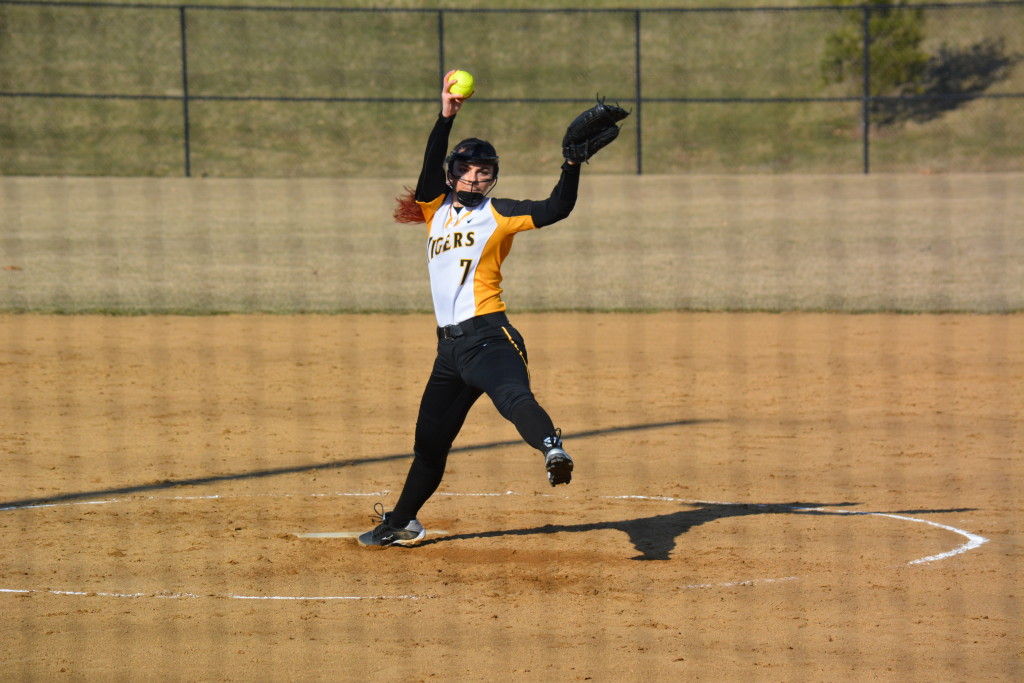 The North Allegheny Varsity Softball Team traveled to North Hills (McIntyre Field) on Wednesday afternoon and returned to Wexford having achieved an 8-0 victory. The Tigers struck quickly in the top of the first when junior pitcher Madi Beining delivered a long three-run home run to deep left center field to give NA an early three run advantage.  Scoring ahead of Beining were center fielder Laura Cotter, who had singled and was sacrificed to second by left fielder Mackenzie Gostomski, and second baseman Emily Hogan, who had worked a walk.

NA added three more in the second inning, highlighted by a double by Hogan to drive in right fielder Anna Sardon and Gostomski.  Despite missing a few scoring opportunities in the middle innings, the Tigers tallied one run in both the fifth and the sixth to round out the scoring.

The win raises North Allegheny’s Section 3AAAA and overall record to 6-0.  On Thursday afternoon, the Tigers will travel to Harmony, PA, to take on a strong Seneca Valley Raiders team at 4:00 PM.