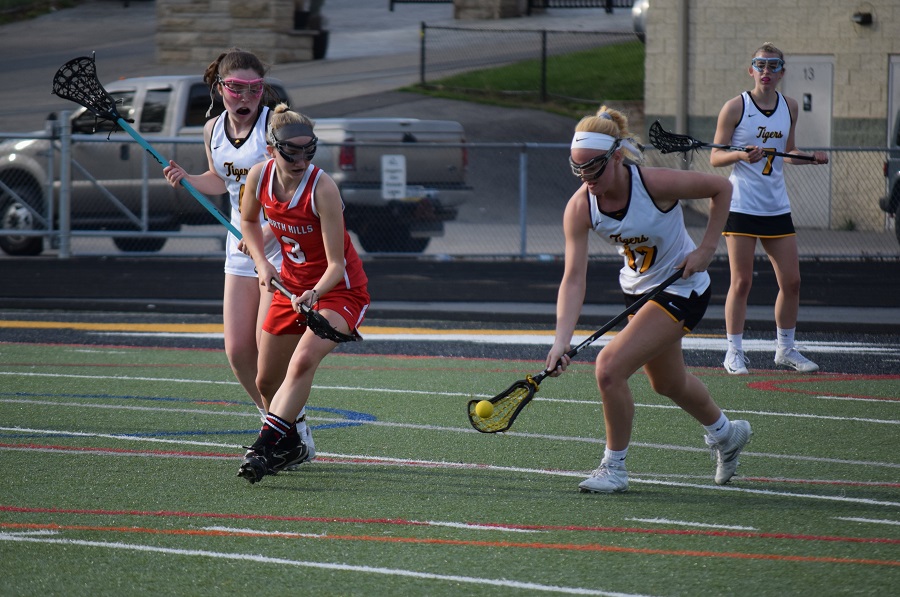 The North Allegheny girls’ lacrosse team secured a WPIAL playoff berth on Monday night with a 16-12 victory over rival North Hills. The Tigers will appear in the playoffs for the fifth time in program history and second time in the last three years. Meanwhile, North Hills has been eliminated from playoff contention. Having already fallen to Seneca Valley earlier in the season, North Hills loses any possible tie-breaker scenario with the Raiders thus eliminating the Indians.

North Allegheny secures a WPIAL playoff spot with the victory, improving to 7-4 in Section 2-AAA and 9-6 overall. North Hills falls to 6-5 in the section, concluding the competitive phase of its season. The Tigers will host Ellis school in a playoff tune-up on Wednesday at 7:00 p.m.