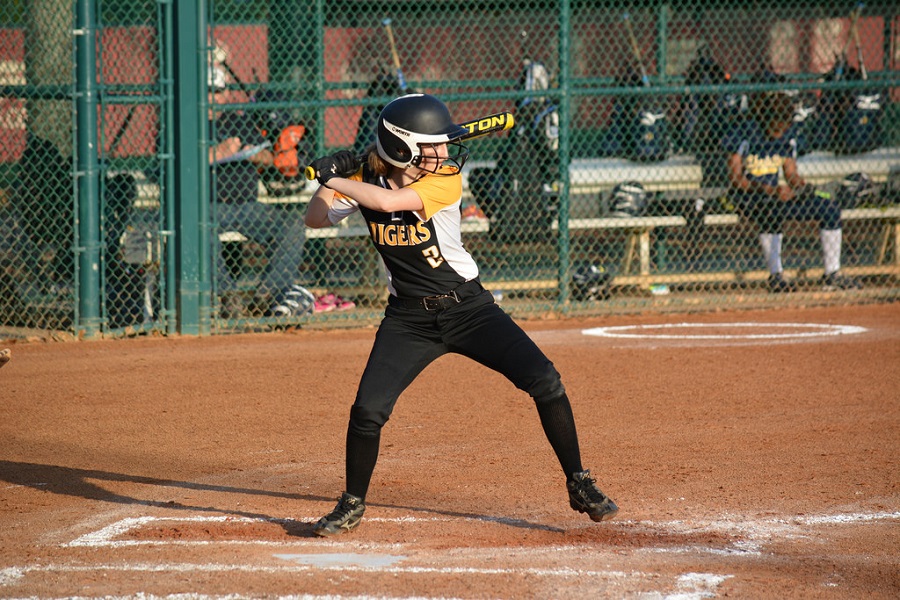 On a sunny but chilly Wednesday afternoon at NASH Field, the North Allegheny Varsity Softball Team were victorious over a determined Butler Golden Tornado team, 2-1, Behind the three-hit complete game by NA senior pitcher Sami Beining. Beining struck out three while walking none as she raised her season record to 5-1 on the season.

The Tornado scored first in a strange first inning punctuated by a less-than-aggressive Tiger defense and two Butler singles. Despite sending seven batters to the plate, Butler could only tally one run to take an early 1-0 lead.  NA answered in the bottom of the first when junior courtesy runner Olivia Schweiger, running for sophomore catcher Liz Scherer, who had singled, came across the plate on an RBI single by senior third baseman Mary Funderlich to tie the game at one.

Despite several other scoring opportunities generated by North Allegheny’s ten-hit attack, led by a three-for-three performance by senior shortstop Christine Scherer, the only other score of the contest came when designated player Casey Ginocchi, who led off the fourth inning with a double, was driven across the plate on a clutch two-out single into right-center field by junior right fielder Anna Sardon.

With the win, NA raised its overall record to 9-2, with a 6-2 mark in Section 3-AAAA. The Tigers will return to action following spring break when they host the Seneca Valley Raiders on Tuesday evening at 7:00 PM.