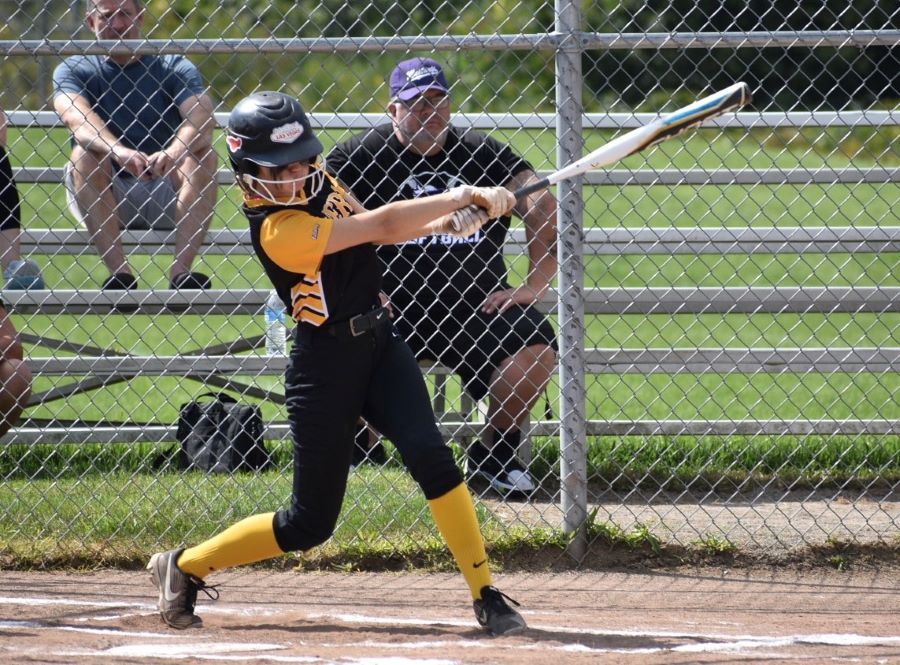 The North Allegheny Tigers offense was on fire on Sunday, defeating Plum in a doubleheader 14-4 and 21-6 to sweep the Mustangs in WPISL action.

In the first game the Tigers surrendered three runs in the top of the first inning but responded by batting around in the bottom of the first inning and scoring seven runs. The Tigers struck for six more over the next two innings and the game was stopped after five innings. Leading the way for the Tigers was Reilly Spitz, who was 4-for-4 with four RBI’S, two singles, one double and a triple.  She was named the Wright Automotive player of the game for her performance.  Also contributing to the win was Jayna Cole with three singles and an RBI and Nina Pietrzak with a single, double and RBI.

In game two, the Tigers continued to hit and took advantage of seven Mustang errors and scored 15 runs over the first three innings.  Tye Ross had four singles, four RBI’S and four runs scored to earn the Wright Automotive Player of the game.  Helen Katyal was one hit away for the cycle with a single, triple and inside-the-park homerun along with four RBI’s. Riley Yates added a triple and two singles and Keala Glaser hit a no doubter homerun and scored twice.

The Tigers improve to 3-1 and will face North Hills next Sunday.  That game will be broadcast on the North Allegheny Sports Network starting at 2pm.