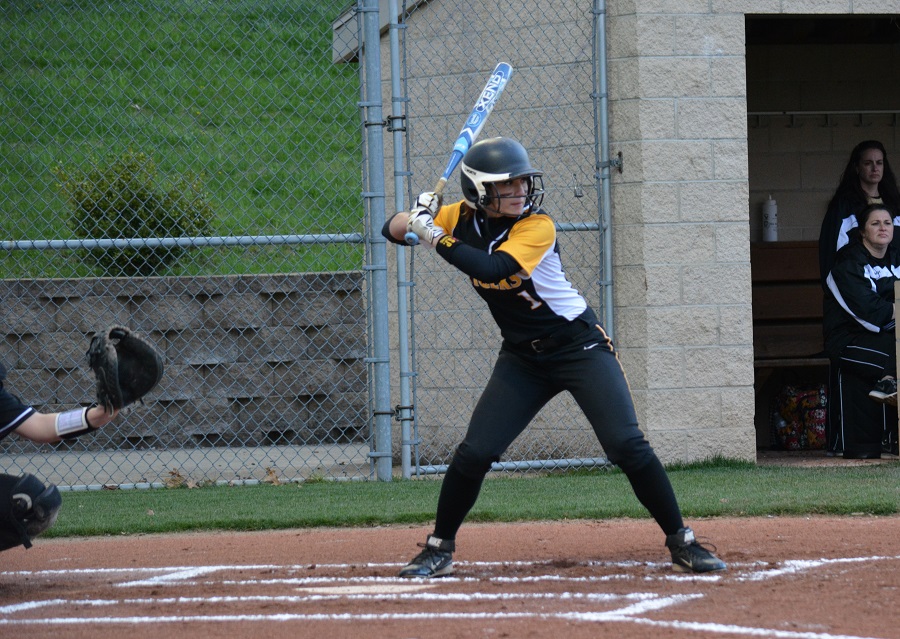 Behind a 14-hit attack, the North Allegheny softball team punished the Pine-Richland Rams for an 11-0 victory in five innings on Thursday afternoon. Seniors Laura Cotter, Emily Hogan and Logann Woodley delivered three hits apiece to help pace the NA lineup.  Earlier in the day, Cotter signed her letter of intent to play collegiately at Division II Indiana University of Pennsylvania and started the NA hit parade with a lead-off single in the first inning.  Also scoring two runs to go along with her three hits, Cotter was named the Wright Automotive Player of the Game.

In the bottom of the first inning, North Allegheny struck for a 5-0 lead thanks to a two-run double by Hogan, an RBI single by Liz Scherer and a two-run single by Woodley. A Pine-Richland error with two outs in the second inning opened the door for another big frame for the black and gold. With two on board, junior Madi Beining capitalized with a bloop single to left that scored Hogan to swell the score to 6-0, Tigers.  Erica Jelinek followed with an RBI single and Lacey Hilderbrand belted a two-run single to increase the North Allegheny advantage to 9-0.

North Allegheny added two more runs in the third inning against the Rams.  With Cotter at third and Hogan at second base with one out, Scherer rolled a groundball to short that scored Cotter and another Rams error allowed Hogan to trot home on the play to bring the score to its eventual final, 11-0, Tigers.

Starting pitcher Madi Beining picked up the win with three scoreless innings, scattering three hits and striking out three batters.  Junior Mollie Benvenuto capped the shutout with two innings of work, allowing only one hit and striking out a pair.

North Allegheny sits at 11-0 overall and 10-0 in Section 3-AAAA.  Pine-Richland remains winless with an 0-8 mark overall and in section play.  The Lady Tigers will welcome out-of-state foe Howland High School from Ohio for a non-section game on Friday night.